Sunshine Cruz, BF spark breakup rumors after unfollowing each other on Instagram 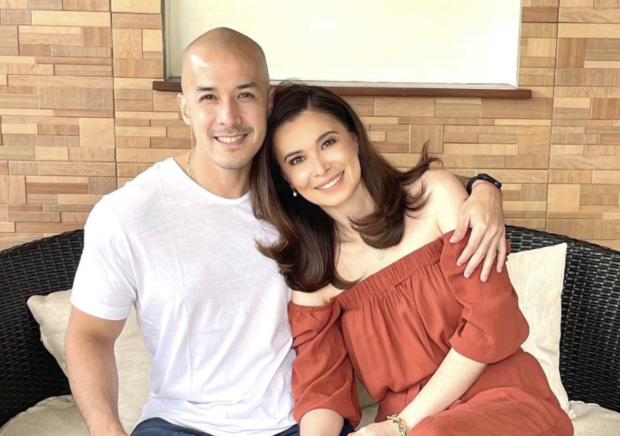 Sunshine Cruz and her boyfriend, businessman Macky Mathay, stirred up breakup speculations after eagle-eyed fans noticed that the two of them no longer follow each other on Instagram.

While the couple are yet to confirm or deny the speculations, it can be noted that the actress spoke about how “everything happens for a reason,” via her Instagram page last Thursday, Sept. 22.

“I experienced so much realizations and challenges while I was locked in for 35 days. It wasn’t easy [because] there’s not much you can do but pray and hope for the best,” she said. “Challenges and trials will always be part of our lives and at the end of the day, we just have to focus on positive things coming our way.”

“So much blessings are being given to me and my family after all,” she added. “Wala akong karapatang mag reklamo (I do not have the right to complain).” 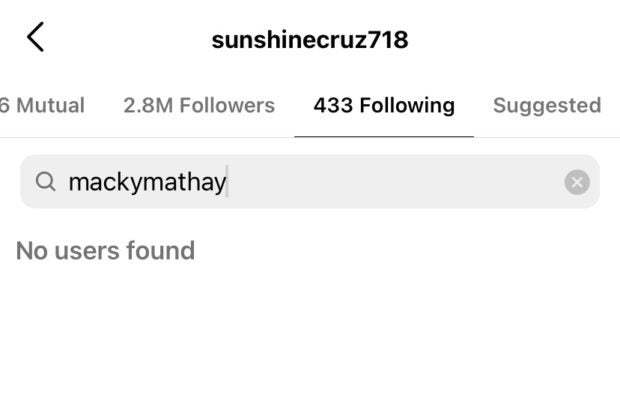 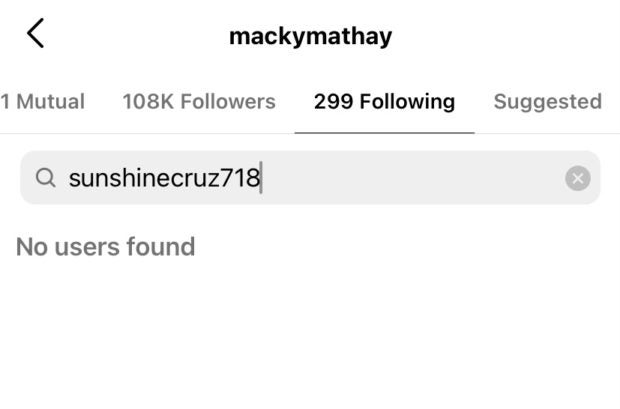 Sunshine also recenty had a celebration for her daughter Angelina’s 21st birthday and Mathay was noticeably absent from the party. Meanwhile, Mathay was present at the 18th birthday celebration of Sunshine’s second daughter, Sam, last month. Mathay also met actor Cesar Montano, the actress’ ex-husband and the father of her children, during the said event.

Sunshine has been in a relationship with Mathay since 2016. They celebrated their fifth anniversary in September last year. JB