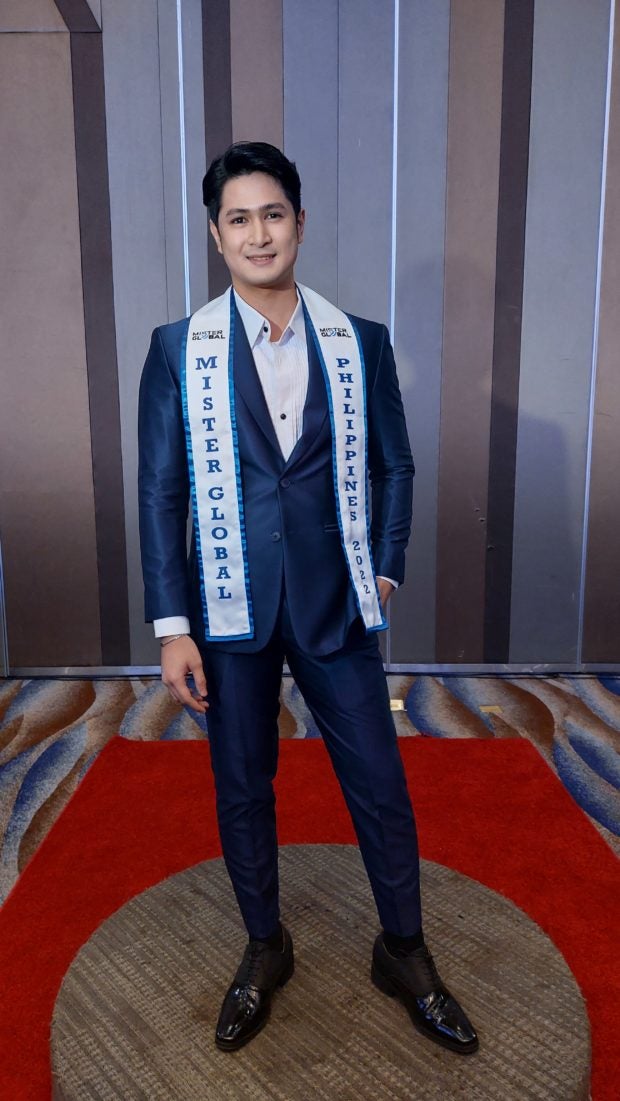 MANILA, Philippines — Mister International Philippines first runner-up Mark Avendaño plans to take advantage of his lessons in college as he prepares for the Mister Global pageant where he will represent the country.

He already knew when he finished second in the national tilt that he will also be sent to an international pageant, and he prepared himself mentally for whatever the outcome of the contest may be, the Marketing Management student of San Beda University told the Inquirer at the national pageant’s “sashing ceremony” at Novotel Manila Araneta City in Quezon City recently, where the Mister International Philippines (MIPH) organization officially bestowed national titles to the four runners-up and one finalist.

When asked what lessons from university he can use for the global tilt, he answered, “I think I would say the ‘SWOT analysis.’ I have to know my strengths, weaknesses, opportunities and strengths.”

With many other foreign delegates more prepared than he is, Avendaño said he still has a lot of improvement to make: “I’m gonna use all of this to prepare myself for the international pageant.”

And when he sets foot on the global stage, he hopes he can show the world the competitive side of the Filipino people.

“Sometimes we become a laughingstock in other countries. But I want them to know that we’re not really like that. I’m very competitive, that we will prevail in everything that we do,” Avendaño explained.

Avendaño’s international competition has yet to announce a final date and venue, as of this writing. JB