True story where ‘Narco-Saints’ is based was almost unreal, director says | Inquirer Entertainment 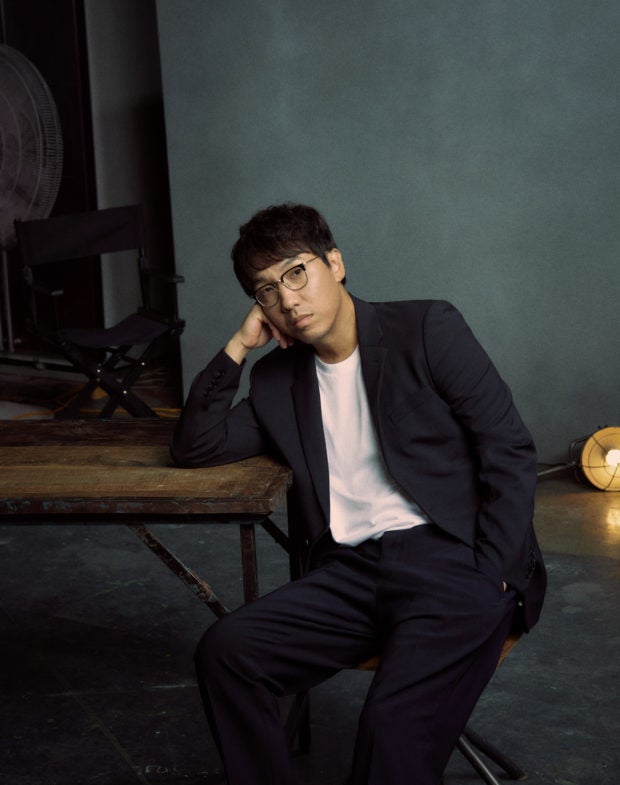 Hit movie director Yoon Jong-bin, who made his drama debut with Netflix’s thriller-crime series “Narco-Saints,” felt that the real-life story of a businessman on whom the series’ protagonist Kang In-gu (played by Ha Jung-woo) is based was too dramatic, and seemed almost made up.

“At first, I personally found it difficult to believe the three-year experience of an ordinary man working with the National Intelligence Service. It’s like a story from a movie,” Yoon said during an interview with reporters at a cafe in Samcheong-dong, central Seoul, Thursday.

“After interviewing him and hearing about his past life, some of my questions were answered. But I wasn’t sure how far I could trust him with his stories,” the director added.

Referring to the man as “K,” the real-life Kang In-gu, Yoon said that many parts of K’s stories were overly dramatic and had a lot of cinematic cliches that he even had to leave out from “Narco-Saints.”

“K said that he shaved his head and fought with the gangs in Chinatown to get close to the drug dealers after returning to Suriname. This sounded like the stories from Hong Kong action thriller ‘Infernal Affairs’ (2002). It may sound ironic, but I tried to make the series less dramatic,” Yoon told The Korea Herald. 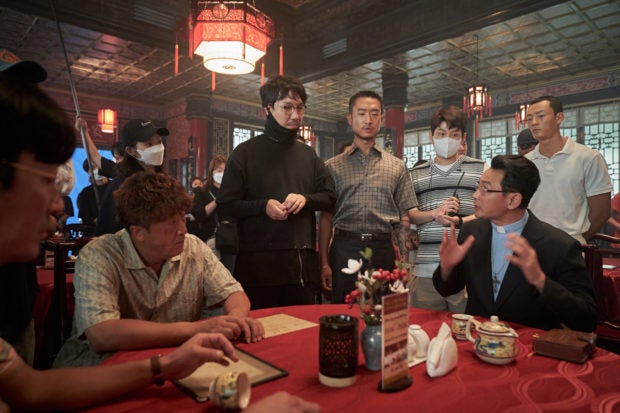 Yoon Jong-bin (center) speaks with the cast and crew of “Narco-Saints.” Image: Netflix via The Korea Herald

Having made his name with action thrillers, ranging from “The Unforgiven” (2005), “Nameless Gangster: Rule of Time” (2012) to “Kundo: Age of the Rampant” (2014), Yoon is back with flashy gunfights and bloody action scenes. “Narco-Saints” topped the local Netflix chart two days after its release.

When asked about Jeon Yo-hwan (played by Hwang Jung-min), a character based on Cho Bong-haeng, a South Korean drug lord in Suriname, the director said he weighed between making Jeon a pastor or a Korean community leader in Suriname.

“I was looking for a job that can easily earn people’s trust. I felt that the stories would get more exciting if Jeon became a pastor,” the director said, explaining about the fictional character he created for his latest series.

Yoon said one of the most difficult tasks in making the series, which took four years, was coming up with ideas for the opening scenes.

“I got to know for the first time that I had to pitch the ideas for the series’ opening. I initially wanted the scenes to look like case files, but it turned out really bad. I changed many things to get to the finished version,” the director told The Korea Herald.

“It was a fresh experience. But the opening clip gave me a hard time until the very end,” Yoon added.

When asked to respond to the Suriname government’s concerns that the film may reinforce a negative image of Suriname, which has been plagued by crime and cross-border illegal activities in recent decades, the director declined to comment.

“‘Narco-Saints’ is a drama based on the true stories of a South Korean drug dealer in Suriname. I did not feel the need to create a fictional country to present the series,” Yoon said, explaining why he had chosen an actual country for the story’s setting.