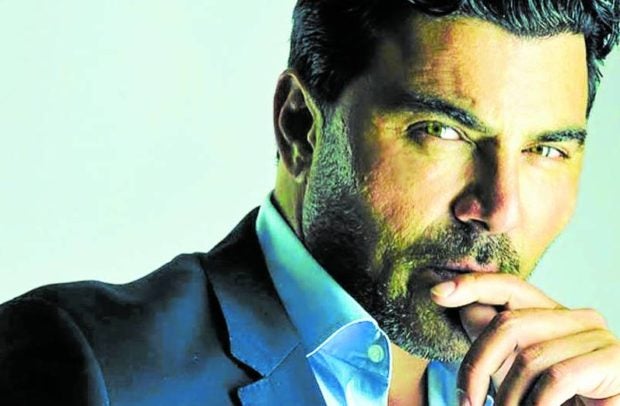 “I take pride in knowing her and her amazing success story,” said Hollywood writer-filmmaker Emilio Roso of fellow Israeli Gal Gadot, who currently plays the superheroine Wonder Woman on the big screen.

“The story of how she, an Israeli, ended up playing this legendary character from America is amazing. I’m so proud of her,” said Roso, who also has several Hollywood productions under his belt, such as “Joshua Tree,” “Revelations” and “Day of Redemption.”

“Sadly, we haven’t worked together yet,” pointed out Roso, who is currently in the country to promote an app called “Vision of the Bible,” which combines stunning imagery with beautiful audio recordings of popular Bible stories and verses.

Roso left Israel at an early age, “right after my time in the military. I got most of my education in New York and Los Angeles. Most of my movies are made in Hollywood, which has given me a great opportunity as an artist. I really didn’t do much in Israel, except for a small project.”

However, when asked to talk about the current state of the film industry in Israel, Roso said: “It’s definitely growing. What happened was that they now have streaming apps like Netflix, Hulu, Amazon Prime and Apple TV. These gave people access to great content. I think Israel is growing, as far as its film industry is concerned, because it has become a lot more professional. It has adapted the American way [of production] with its original stories.”

He observed that “cinema can also be great here in the Philippines.” He explained: “First of all, you have great talent. What you should do is collaborate with American actors in order to get recognized in Hollywood or in other parts of the world.”

He pointed out: “I saw Arjo Atayde in his TV series (“Bagman”). He is a good actor. He actually changed himself to become the character. He seemed to be very committed. However, you have to understand that you’re as good as the other actors. Imagine if you bring a great American actor who won Oscars here, and the movie gets released, then people will surely recognize the talents of Filipino actors.”

Roso said that in order to get this opportunity, Filipino producers should consider coproductions with foreign companies, something that a lot of local key players have been practicing since the early 2000s. “You have really good talents—I’m not just saying this for the cameras. You only need recognition. That’s what the Israelis did for their industry,” he stressed.

At the time of our interview with Roso, he had already been in the Philippines for two weeks. While promoting “Vision of the Bible,” he said he was lucky to have met people who promised to collaborate with him on a comedy film he is working on. 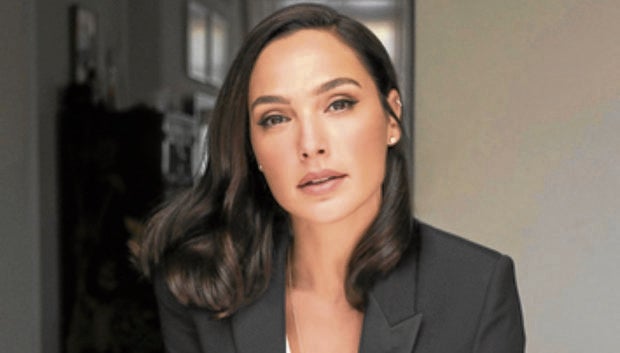 “It’s about a Filipino who gets educated in New York, falls in love with an American girl, then goes to the Philippines to try to get married here. Think of something like ‘The Hangover’ and ‘Meet the Fockers’ combined,” he said. “The guy’s Filipino father doesn’t want him to get married and doesn’t like American girls. He only likes Filipino women. As they plan for the wedding, they get into a lot of trouble, but in the end, it’s love that keeps them together.”

Roso said he preferred to keep the names of his cast members a secret, but lets on that he recently talked with Academy Award winner Richard Dreyfuss (“The Goodbye Girl”) about the project, as well as with Vincent Pastore (“The Sopranos”), whom he worked with in “Day of Redemption.”

“Vision of the Bible” features 66 books from the Old and New Testaments, said Roso, adding that it took him eight years to develop the app. “It’s all about visual learning. I don’t get involved in politics. To cater to evangelists, Mormons, Jewish, Muslim people isn’t my job. My goal is to bring the visual Bible to people who enjoy reading the Holy Book. That’s my dream.”

Roso said he collaborated with 20 cinematographers on the project. “We had cameras, helicopters and drones. These very talented DPs (directors of photography) traveled to many countries, especially while we were shooting the book of Genesis. They went to places like Morocco, Spain, the Amazons, South America and the Middle East,” he recalled.

“We got arrested in so many countries. One DP almost died from a snake bite in the Amazon. We faced so many challenges. We got to a point when we almost gave up. Somehow, God prevailed and we kept going. As I always say, when your eyes see, you will believe and have faith and, eventually, open your heart,” Roso declared.

Roso explained what moved him to make the app. “Everybody should be able to see the Holy Land, no matter if you’re rich or poor, if you read the Bible or not. It’s a dream to touch the land where Jesus was born. I’ve been fortunate enough to have been there. To be able to bring the Holy Land closer to the people became more of a mission.”

Roso said a plan to translate the Bible in Tagalog for its users in the Philippines is already in progress. INQ