Bb. Pilipinas International Nicole Borromeo says women can be both smart and beautiful 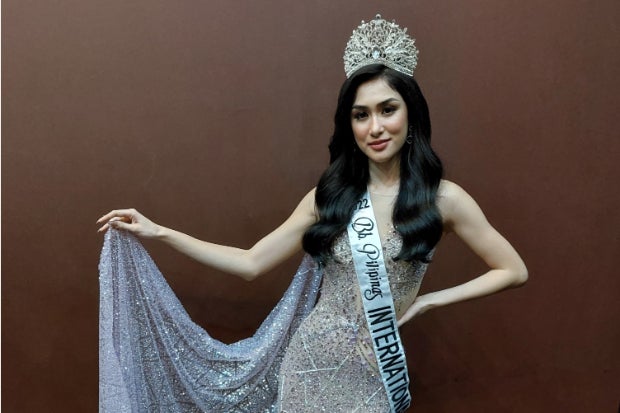 MANILA, Philippines — For many pageant observers, one of the reasons why Binibining Pilipinas International Nicole Borromeo captured her title was her no-nonsense take on answering questions: concise, on-point, not too rehearsed and delivered articulately. But for the demure Cebuana, there is something she hopes people would stop asking any woman.

“I remember there was this person who wanted to ask, ‘Would you rather be smart, or beautiful?’ And I just was not a fan of that question,” she told the Inquirer in an interview at the Owner’s Circle at the Araneta City in Quezon City after she had already received her title at the coronation night staged in July.

Borromeo said such a question puts people in “boxes” and they should not be made to decide whether to be beautiful and smart. She also added that “everybody is both smart and beautiful in their own ways.”

For the interior design student, “beauty is subjective, being smart is also subjective.”

She captured her national title at the culmination of this year’s Bb. Pilipinas pageant, but she will only get to see international action next year.

The 60th Miss International pageant where her predecessor Hannah Arnold is set to compete in will only take place in Japan in December. It was supposed to happen in 2020, the year the world was gripped by a global health crisis, and the organizers in Tokyo also decided not to stage a competition in 2020.

But Borromeo’s 2022 batchmates are now gearing up for their respective international competitions, all happening next month.

Bb. Pilipinas Intercontinental Gabrielle Basiano and Bb. Pilipinas Globe Chelsea Fernandez will both aim for back-to-back victories for the Philippines in their respective global assignments.

Basiano will try to inherit the Miss Intercontinental crown of Cinderella Faye Obeñita in Egypt on Oct. 14 (Oct. 15 in Manila), while Fernandez will attempt to bring home the Miss Globe title currently held by Maureen Montagne when she competes in Albania on Oct. 15 (Oct. 16 in Manila).

BPCI will hold a “send-off ceremony” for Basiano, Fernandez and Tamondong at the Novotel Manila Araneta City in Quezon City on Sept. 19, which will be streamed live on the Bb. Pilipinas official Facebook page starting at 3 p.m. JB