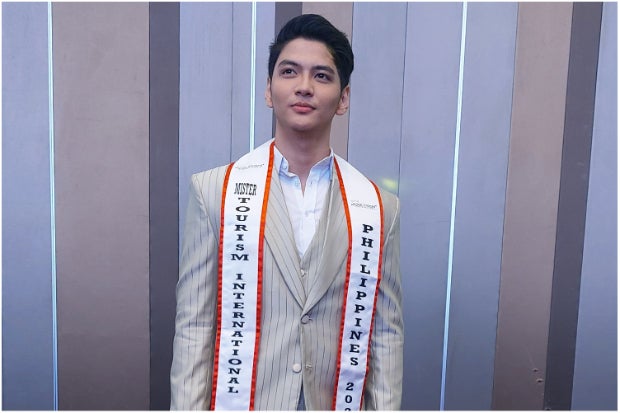 MANILA, Philippines — Soon after Kitt Cortez was proclaimed third runner-up in the 2022 Mister International Philippines pageant in June, he knew he would eventually represent the country in a global tilt. And now that he has received his overseas assignment, the Filipino contender said he hopes to take advantage of the opportunity to elevate the image of male pageantry.

“I’m aware that there is a stereotype on male pageantry, saying that ‘substance’ is not always there,” he told the Inquirer at the sidelines of a “sashing ceremony” at the Novotel Manila Araneta City in Quezon City on Sept. 8, where the Mister International Philippines (MIPH) organization officially conferred national titles to the pageant’s four runners-up and a finalist.

“I want to be a representative of all Filipinos, that even though we are good looking, even though we can represent ourselves physically, we also have substance and we are worth listening to,” he declared.

He said he was “not too shocked” upon learning of his international competition because MIPH told them after June’s coronation night that the pageant’s runners-up will also compete in global tilts. But when the organization’s president, lawyer Manuel Deldio, finally revealed to him where he will be competing, Cortez said “I’m more than happy and excited to be able to take my talents and skills to the international platform.”

If he wins, Cortez said he hopes to use the Mister Tourism International title “to promote our tourism spots here in the Philippines, to live up to the name of the title, and of course, to be able to be a role model to all Filipinos, especially the youth, to empower them.”

Tanting will also have a female counterpart who will join him in the Miss and Mister Beauté Internationale pageant in Turkey. MIPH will hold auditions for the country’s female representative this month.

Teen titleholder mans up to challenge