Teen titleholder mans up to challenge 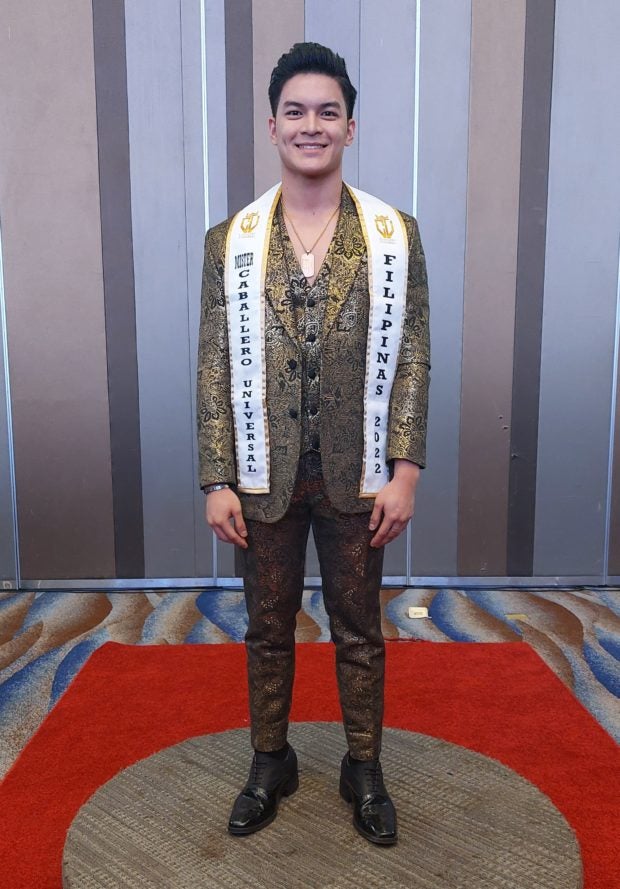 MANILA, Philippines — Mister International Philippines fourth runner-up Andre Cue had just turned 19 years old, yet he has already faced challenges seemingly insurmountable for a teenager like he is. After learning of his appointment as the country’s representative to an international contest in Laos in 2023, the teen king now finds himself rushing his preparations for a new global assignment in Venezuela this November.

The rookie pageant contender entered the national competition as a fresh senior high school graduate from Xavier University-Ateneo de Cagayan, but trounced other more seasoned aspirants to enter the illustrious list of final five contestants. Finishing fifth in his first national competition is no mean feat, especially for a teenager, yet Cue’s slew of accomplishments just went on.

The current titleholders are both from the Philippines — Vaughn Justice Zabala from Tacloban City and Carissa Neuel Finn Pono from Ormoc City — thus making Cue’s quest for the international crown an attempt at a rare back-to-back win for the country.

But in August, MIPH made another announcement, conferring the Caballero Universal Filipinas title to Cue, which carries another huge responsibility for the teen king — to become the first Filipino and Asian to win in the Venezuela-based pageant’s second edition.

Making it even more daunting is the pageant’s schedule, which gave him only a couple of months to prepare for the international competition which will be staged in Caracas in November. But the young king is unperturbed by the change of circumstances, and how fast they took place.

“I need to prepare,” Cue told the Inquirer at the sidelines of MIPH’s “sashing ceremony” at the Novotel Manila Araneta City in Quezon City on Sept. 8, where the organization officially conferred national titles to the national pageant’s four runners-up and a finalist.

“After the pageant, I took a break. I was eating and having cheat days every day, knowing that the Mister Teen International will happen next year in June. But Caballero Universal will be this November already,” he continued.

Cue said he wants to show the Philippines as a “respectful and loving” country through his first foray on the international stage by being a Filipino with “a mission or a goal for the world to be better.”

Armed with a senior high school diploma, Cue said the learnings he gained from his Philosophy classes may come in handy as he shares the stage with delegates of different cultures, beliefs and backgrounds.

Lawyer Manuel Deldio, MIPH’s president, told the Inquirer in an earlier interview that in the event where Cue wins the Caballero Universal title, he will rescind his position as Mister Teen International Philippines, and the national organization will look for a new representative among its stable. JB

Misters of Filipinas pageant may add more titles at stake