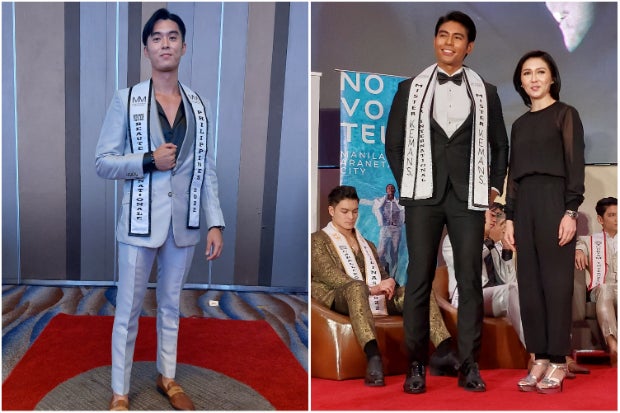 MANILA, Philippines — At the culmination of the Mister International Philippines pageant in June, John Ernest Tanting from Cebu City finished only in the top 10, missing his chance to snag a title that would see him carrying the country’s flag on the global arena.

But a few months after the competition’s conclusion, he now finds himself with his own national title, and gearing up for an international contest’s inaugural edition.

Tanting officially received the Mister Beauté Internationale Philippines title at a special “sashing ceremony” hosted by the Mister International Philippines (MIPH) organization at the Novotel Manila Araneta City in Quezon City on Sept. 8. He and the national contest’s runners-up officially received their respective national titles during the said event.

His title will take him to the first edition of the Miss and Mister Beauté Internationale pageant in Istanbul, Turkey, in November.

“I was with my parents in the car when I received a text from the organization, saying ‘you’re going to be competing in an international pageant,’” he shared. At that moment he already thought of immediately buckling down to work to prepare for his first international competition.

Tanting said he knew he needed to hit the gym right away, because he acknowledged that his physique is one of the aspects he should first devote more attention to. He also got braces to improve his smile.

“I’m working on improving every little aspect so that I can be the best version and perfect version of myself in Turkiye,” he declared.

His international pageant is a competition for both male and female delegates. MIPH will hold auditions this month for his “Miss” counterpart from the Philippines. But if it were up to him, Tanting would want a partner who has good character.

“I think that a good character will show over time, and that’s something that truly shines,” he said.

He may not have earned the right to represent the Philippines on the Mister International stage, but his recent appointment is still a fulfillment of his dream.

“Of course, when you’re on [the Mister International Philippines] stage you want to win. You give it your all, you have that mentality of ‘win or go home,’” Tanting shared.

MIPH director for communications Norman Tinio told the Inquirer in an earlier interview that the Cebuano lad finished sixth overall, thus making him eligible for an additional national title under the national pageant organization.