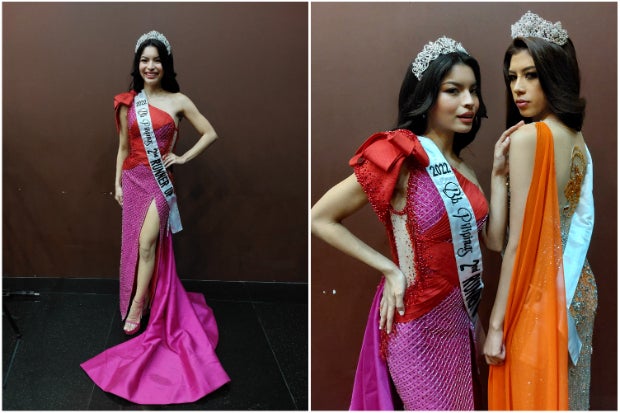 MANILA, Philippines — Binibining Pilipinas second runner-up Stacey Daniella Gabriel wowed spectators with her impactful speech and answer during the pageant’s coronation program in June, showing the people her gift of gab and her grasp of current affairs.

And the actress told the Inquirer that she does not mind getting asked about anything under the sun, and she will not back down from whatever question is thrown at her.

“Each interviewer brings with them a different type of flavor. And so others want to learn about my personal life. Others want to hear about my acting career, you know. So it varies,” Gabriel told the Inquirer in an interview at the Owner’s Circle at the Araneta City in Quezon City after she had already earned the second runner-up spot in the longest running national beauty pageant in the Philippines.

In her speech upon her entry to the pageant’s top 12, the delegate from Cainta, Rizal, shared her personal bout with anxiety disorder and pushed to “democratize and destigmatize” mental health services so other patients may also take advantage of the treatment she was able to receive. Clips of her performances circulated online, and earned her praise, to which the actress-turned-beauty queen responded quite positively.

“I felt I made so many people feel visible. That is my ultimate mission in life, to make people feel seen, heard, and loved,” Gabriel shared, expressing elation with having represented a silent sector in society.

Gabriel also went viral for her performance in the question-and-answer round, where fellow thespian Joshua Garcia asked how she distinguishes between an historian and a “marites” (rumormonger).

“A historian is one who recognizes our painful past with factual evidence, looking back at our rich, vibrant history, as well as the times when our humanity was trampled on and our heritage was almost erased,” Gabriel responded. “If we look at our past, we can surely move onward and upward and rebuild, rise from this pandemic, and dream [of] a safer, healthier, and happier Philippines.”

And the pageant novice is just starting, as she declared: “I know I won’t stop wielding the power of my voice. And I won’t stop on this journey that I’ve started advocating.” JB