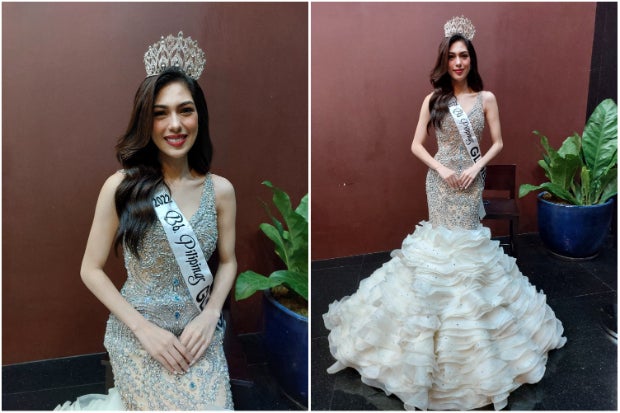 MANILA, Philippines — For many pageant observers, the 2022 Binibining Pilipinas pageant had the most competitive batch of beauties in recent history, with pageant veterans, national and international titleholders, and even formidable rookies among its crop of contenders. So receiving a crown in a field of impressive beauties makes a queen’s victory even sweeter.

“I really cannot believe it. As you have seen, everyone was deserving, so you could really say that the top 12 is indeed the ‘tough’ 12,” Bb. Pilipinas Globe Chelsea Fernandez told the Inquirer in an interview at the Owner’s Circle at the Araneta City in Quezon City after she had already received her title at the coronation night staged in July.

She was one of the veterans who pageant observers have touted as one to watch out for. Aside from her local crown as Miss Tacloban, Fernandez also has an impressive national pageant resumé which lists among her accomplishments being 2018 Reyna ng Aliwan and 2019 Miss Philippines Water. And even the COVID-19 pandemic did not stop her from collecting crowns when she dominated two virtual national competitions — the Miss GCQ (Gandang Contesera Quest) and the Miss Bikini Philippines contests.

But even with such a remarkable pageant career, Fernandez said she still got nervous during the final screening day.

“You could never tell if you’d get in or not. Why would the judges care about your achievements before? What they are looking for is what you have now. So I was truly grateful to have made it to the top 40,” she shared.

And now that she has her precious crown on her head, Fernandez said she will not take it for granted.

“I have represented Tacloban City for how many years in different national pageants. And now that I am given the chance to represent the Philippines, I will not put it to waste. I will give my 100%,” she declared.

The queen’s quest for an international crown is also an attempt at giving the country a back-to-back win in the Miss Globe pageant. Reigning global queen is American-Filipino model Maureen Montagne, who, like her, had an impressive foray on the beauty contest circuit.

But for Fernandez, her queen duties go beyond the pageant stage.

“When you have a crown, it will be easier for you to approach different organizations to support your advocacy,” she said.

She will also finally work on a project that she has been planning to pursue for a long time now — a documentary about the lives of the people she has helped during the pandemic.

“It has been already set up. I have coordinated with Diwa, the organization that I am part of,” Fernandez shared. JB