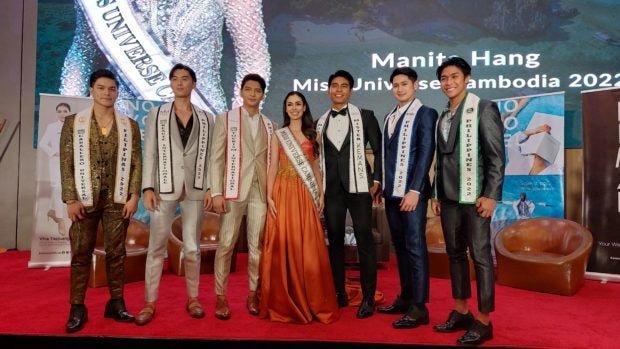 MANILA, Philippines — Manita Hang may be representing Cambodia in the Miss Universe pageant, but people have been noticing her striking resemblance to a beauty titlist from another country who won in a different global tilt — 2013 Miss World Megan Young from the Philippines.

The 24-year-old accounting and finance graduate from Phnom Penh said she has been compared to the Filipino queen since joining her first pageant in 2016. Hang said she does not mind it at all. In fact, she enjoys the observation.

“It actually feels good because she is a beauty queen. And so this is very important to me that actually I’m a lookalike because she’s actually an international pageant titleholder,” Hang told the Inquirer at the sidelines of the Mister International Philippines pageant’s “sashing ceremony” at the Novotel Manila Araneta City in Quezon City on Sept. 8.

Hang was a special quest during the program, where the male pageant officially bestowed additional national titles on several Filipino representatives to various global competitions. She is also in the country to train for the 2022 Miss Universe pageant under the Kagandahang Flores beauty camp of renowned queenmaker Rodgil Flores.

Having foreign national titleholders undergoing training in the Philippines is not new. But for Hang, flying here for her pageant preparations was already a certainty. That is because the Miss Universe Cambodia pageant’s national director, Romyr Libo-on, is a Filipino. Hang said she knows she is in good hands. 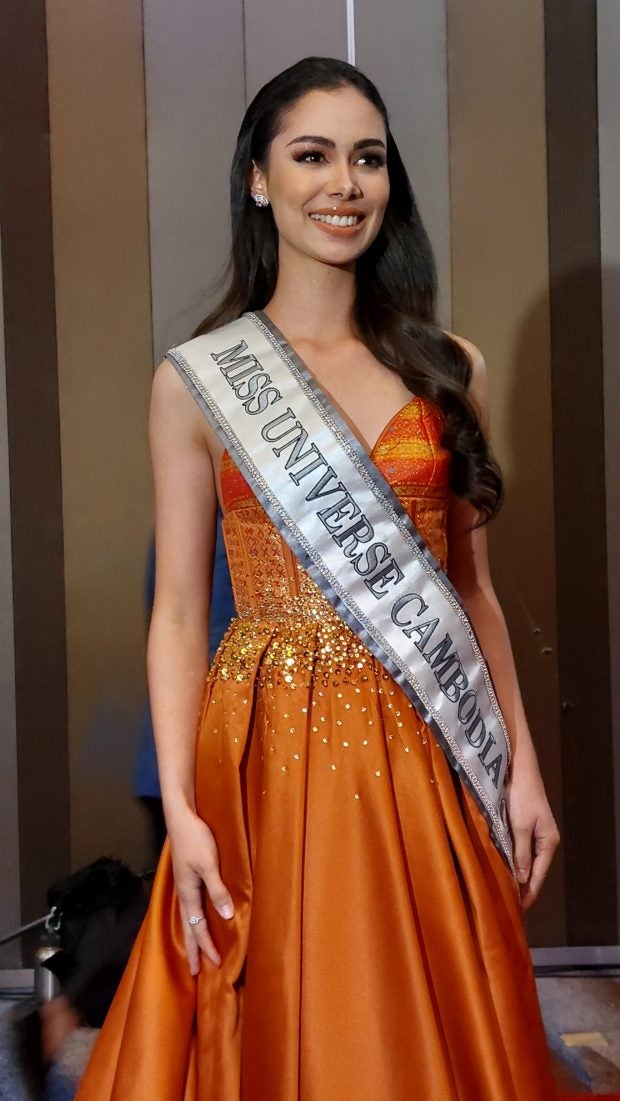 “The Philippines is well known for pageant queens, they have a lot of international titleholders already, not only queens but also kings,” she explained.

For her, she can get “the best training I could ever ask for” in the Philippines, where the mentors’ skills are “better.”

Hang said she will spend a total of 20 days in the Philippines, where aside from her training, a series of special appearances in different parts of the country has been lined up.

She also said that while she is in the Philippines, she will take the opportunity to connect with her supporters: “I do know that I have a lot of Filipino fans and I’m very thankful and blessed for that.”

Hang will also share her message of youth empowerment to Filipino children, an advocacy she started in Cambodia: “I also believe that I should have a global impact on everyone. That is why I want to transmit that message here in the Philippines.”

The Cambodian beauty will face Miss Universe Philippines Celeste Cortesi, along with dozens of other international delegates, in the 71st Miss Universe pageant, whose date and venue are yet to be announced. JB

Read Next
Maricar Reyes on having no kids yet: ‘Doesn’t make me feel less of a person or female’
EDITORS' PICK
House energy committee chair Arroyo bats for cheap electricity
Inexplicable price hikes, supply confusion: After onion, garlic may be next
Viral phone HONOR X9a 5G launched at P16,990
ICC resumes probe on PH’s drugs war
Things you can do with vivo Y02s’ upgraded 3GB+64GB storage
Marcos told: Comply with ICC probe to give justice to victims of Duterte’s drug war
MOST READ
LOOK: Heart Evangelista joined by husband Chiz Escudero in Paris
Panlasang Pinoy vlogger airs frustration after family’s belongings stolen in flight to PH
Bea Alonzo reveals she will ‘never’ be friends with Gerald Anderson
GCash, Grab team up for cashless payment solution
Don't miss out on the latest news and information.