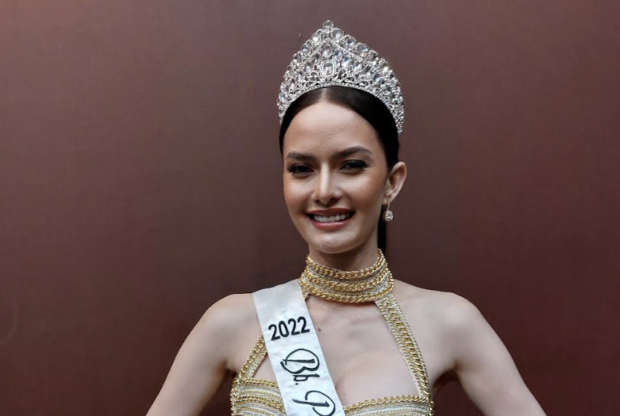 MANILA, Philippines — The “Best in Swimsuit” and “Best in Gown” awards are two of the most coveted special distinctions in any beauty pageant, and only a select few were able to snag both on the Binibining Pilipinas stage, Catriona Gray in 2018 and Gabrielle Basiano this year.

But when Basiano romped away with both sashes across her body, she did not know at that moment that she had accomplished such a huge feat.

“I only learned about it when I went backstage because people were telling me ‘you made history, you followed Catriona,’” she told the Inquirer in an interview at the Owner’s Circle at the Araneta City in Quezon City after she had already received the Bb. Pilipinas Intercontinental crown at the coronation night in July.

“Oh my God, Catriona’s level is really way up there, and I was able to pull it off?” continued the two-time Bb. Pilipinas aspirant from Borongan City in Eastern Samar.

The pageant veteran first took part in the longest-running national beauty pageant in the country in 2020, an edition sidetracked by the COVID-19 pandemic and culminated in 2021. She was proclaimed first runner-up and also took home the Best in Gown award that year.

Basiano accomplished more in her second attempt, but she admitted the naysayers got the best of her during the earlier moments of her 2022 pageant journey.

“For the first few weeks, I was crying. People were thinking negatively, telling me I should not have joined again right away because the level of competition was so tight,” she shared.

Basiano said the feedback she got hurt her: “But I told myself that I will do my best, I will pour everything in my second try.”

And she indeed gave her best. Getting the Best in Gown award a second time was not that much surprising for her, though. What she did not expect was to also clinch the Best in Swimsuit award.

“I had huge trust in my designers, and the pressure [to get Best in Gown again] was really on them. But for swimsuit, it was just me, my solo performance, so [getting Best in Swimsuit] shocked me,” Basiano confessed.

She hopes to duplicate not only what Catriona accomplished on the Bb. Pilipinas stage, but also what the former Miss Universe winner did on the international arena.

“I will just do the same thing, or even more than what I showed in Bb. Pilipinas this year,” said Basiano, who is aiming to score a back-to-back win for the Philippines in the Miss Intercontinental pageant this year and inherit the global crown from Filipino queen Cinderella Faye Obeñita in Egypt next month. JB