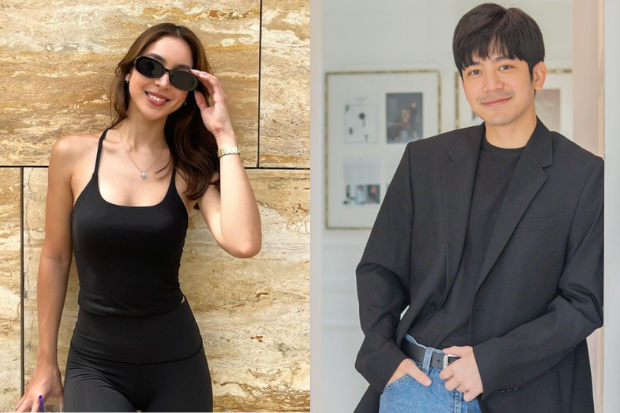 Julia Barretto did not seem to be aware that Joshua Garcia is being linked to beauty vlogger Bella Racelis, but that does not mean she got to dodge questions on what she thought about the romance speculations.

The actress expressed her thoughts on her ex-boyfriend’s rumored relationship when she appeared as a guest contestant in the “Maritest” segment of the noontime show “Tropang LOL” today, Sept. 8, as seen on the live stream on ABS-CBN Entertainment’s YouTube channel.

Among the choices in the question were Diego Loyzaga, Alden Richards, Donny Pangilinan and Garcia. Barretto admitted she was not sure about the answer and even asked the audience for help, but she eventually picked Garcia as the correct answer.

When teased by host Matteo Guidicelli over being “sensitive” to Garcia’s name, Barretto stressed that this was not true.

(I’m not sensitive. I just want to correct that… because of course if it is in the past, you should let go with grace and gratefulness. So when you look back at it, there should be no bitterness. We should just be friends. Wherever he is happy, we are happy. Same with Diego, Alden [and] Donny.)

After Guidicelli confirmed that Barretto got the correct answer, he asked the actress whether she approved of the supposed romance.

“Oh that’s nice, that’s nice. Good for  both of them,” she told Guidicelli. “That’s good. Masaya tayo para sa kanila. Approved! Kung saan ang happiness, doon tayo.” (We are happy for them. Approved! Wherever happiness is, we should have it.)

Garcia made headlines earlier this week after he teased moments with Racelis on his photography Instagram account, though speculations linking him and Racelis have been making its rounds online as early as August.

Eagle-eyed fans noticed at the time that and Garcia and Racelis had been interacting through comments on the vlogger’s Instagram page. The two are yet to confirm or deny the supposed romance between them.

Garcia’s last known relationship was with Barretto. They broke up in 2019, but the actress stressed they are still friends after the split. Fans believe the two have since had “closure” when they starred together in the music video for Moira Dela Torre’s “Paubaya.”  /ra