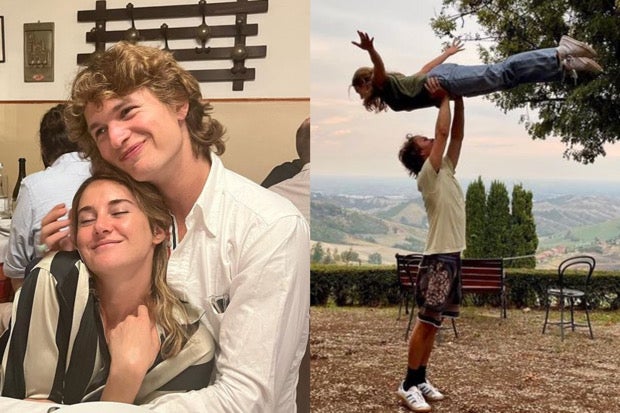 Ansel Elgort and Shailene Woodley delighted their “The Fault in Our Stars” fans with a glimpse of the actors’ reunion in Italy.

The American actors, who played each other’s love interests in the 2014 film, were in an embrace during one of their meals together, as seen on Elgort’s Instagram page today, Sept. 8. Elgort also poured Woodley a drink while dining al fresco.

Elgort and Woodley also wowed fans with their version of the iconic lift from the 1987 hit film “Dirty Dancing,” as shown in an earlier post.

“Clean dancing [with] Shai,” he stated.

Fans could not help but gush over the reunion as they referenced Woodley and Elgort’s lines and characters — Hazel Grace Lancaster and Augustus Waters — in “The Fault in Our Stars,” via the comments section.

“Need to go rewatch ‘The Fault in Our Stars’ [as soon as possible] now,” one @mckaylareeves stated.

“The romance of ‘The Fault in Our Stars’ is not over,” one @19erikacristina said.

Aside from “The Fault in Our Stars,” Elgort and Woodley also starred as siblings in the science-fiction film “Divergent” (2014) as well as its two sequels “Insurgent” (2015) and “Allegiant” (2016). JB

Lisa Kudrow called ‘one of the worst humans’ by Spencer Pratt