Lisa Kudrow called ‘one of the worst humans’ by Spencer Pratt 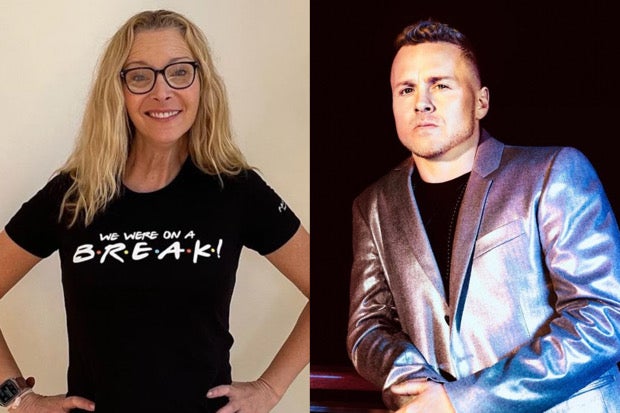 “Friends” star Lisa Kudrow was called the “rudest celebrity” by American TV personality Spencer Pratt, who the actress allegedly described as a person who “has the eyes of a serial killer.”

Pratt recalled his interaction with Kudrow after he was asked by a netizen who for him is the “rudest celebrity he have met,” through a video on Pratt’s TikTok page last Saturday, Sept. 3.

“That’s easy. Phoebe from ‘Friends,'” he answered, referring to Kudrow’s character in the hit 1990s sitcom. “Hands down. One of the worst humans I’ve ever come in contact with by far.”

Pratt then narrated the encounter he and his wife, fellow TV personality Heidi Montag, had with Kudrow in an “A-list elite party” back in 2009, via a separate TikTok video last Sunday, Sept. 4.

“Heidi and I were invited to our first real A-list elite party by the president of NBC,” he said. “It was clear right when we got there that nobody wanted us there.”

“As we were sitting there, consuming a little caviar, Phoebe (Kudrow) approaches which was a little shocking since nobody had talked to us at all at the party,” he continued. “Right in front of me, she tells Heidi that she needs to get away from me as fast as possible because I’m gonna murder Heidi, and that I have the eyes of a serial killer.”

Pratt and Montag were initially confused and hoped that the actress’ warning was all part of a joke but the actress supposedly ended the conversation as it is.

“Heidi waits to see if [it is a joke]. Maybe it is a bit, a skit, maybe this is a hidden camera show [that is] why we’re invited to this elite party — [but then there were] no laughs. [Kudrow] just walks away,” he stated.

“And that right there is the rudest moment I’ve ever encountered with a human being. No human being has ever come up to my wife and said that I was gonna murder my wife and that I look like a serial killer,” Pratt added.

Pratt’s fellow TV personality Bethenny Frankel also chimed in through a TikTok video, saying she had a similar experience with the actress during an interview for the former’s 2012 talk show “Bethenny.” Frankel stressed that she sees Kudrow as a “lovely person and wonderful actress,” but Bethenny just had an impression that Kudrow did not want to be interviewed at the time.

Kudrow has yet to comment on the matter, as of writing. JB