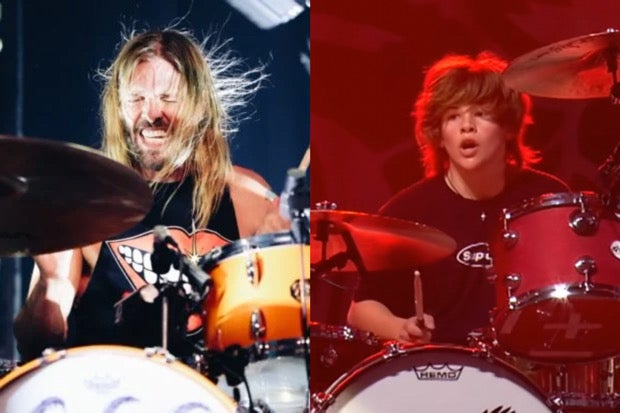 The Foo Fighters paid tribute to their late drummer Taylor Hawkins during their concert in London’s Wembley Stadium, the band’s first live performance since Hawkins’ death.

The band expressed gratitude to their fans while showing moments from the recently held event, through its Instagram page yesterday, Sept. 4.

Hawkins’ 16-year-old son, Shane, was also present at the show as he played the drums during the performance of the band’s 1997 hit “My Hero,” as seen in a clip on MTV’s Instagram page today, Sept. 5.

The Beatles’ Paul McCartney, Queen’s Brian May and Oasis’ Liam Gallagher were also among the guest musicians in the show. The Foo Fighters will stage another tribute concert for Hawkins on Sept. 27 in Los Angeles.

Hawkins passed away at the age of 50 last March during the group’s South American tour. The late drummer had played with the Foo Fighters since 1997, when he was taken on by the band’s frontman and former Nirvana drummer Dave Grohl. Prior to this, Hawkins was drummer for Alanis Morissette. JB