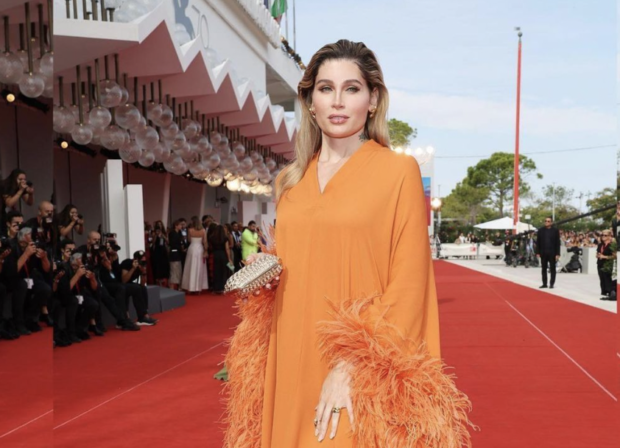 Directed by Italy’s Andrea Pallaoro, “Monica” tells the story of a woman who returns to her family home after an extended absence to care for her terminally ill mother who had abandoned her as a child.

After supporting roles in “Hustlers” and “Transparent,” “Monica” finally gives Lysette the chance to grab the limelight and she is rarely out of the picture as the film chronicles her family’s efforts to heal old rifts.

“It is very rare that you see a script where there is a trans character at the center, and the movie is told through her lens, it is her world, and that is so rare,” Lysette told reporters ahead of the premiere.

“We did do a round of notes and I got to give my ideas and input. (Pallaoro) was collaborative every step of the way. So it was really beautiful,” she added.

Although Lysette’s own personal history flags to the audience the character Monica’s birth gender, the question is not addressed head on, but is rather hinted at — a transition that has been folded into family history but not necessarily accepted.

Her mother, played by Patricia Clarkson, apparently does not recognize Monica when she shows up at her bedside, mistaking her for hired help. As the film progresses, the audience is left to wonder just how much she remembers.

“(Monica) is a modern heroine, a woman who is able to come to terms with the traumas and the wounds of our past,” Pallaoro said.

The film is one of 23 vying for the Golden Lion award, which will be handed out in Venice on Sept. 10. JB