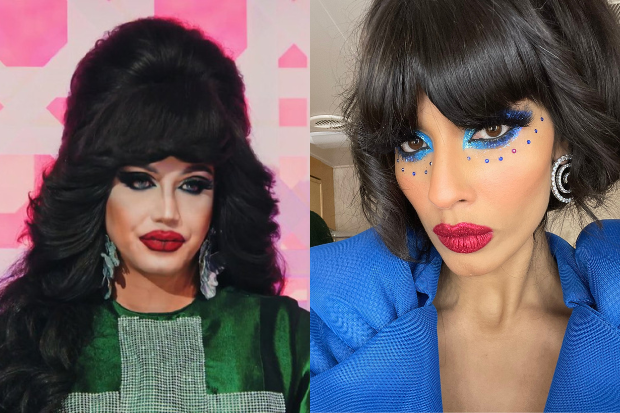 Paolo Ballesteros has received praise from “The Good Place” actress Jameela Jamil for his look in an upcoming episode of “Drag Race Philippines.”

The actor, who also hosts and judges for “Drag Race Philippines,” can be seen wearing a green dress with a long black wig in the teaser for the episode of the reality drag competition next week, as seen on the Twitter page of one @nyelstrada last Wednesday, Aug. 31.

“They got the legendary Jameela Jamil to judge next week!” the netizen quipped, seemingly saying that Ballesteros looks like Jamil in the drag look.

Jamil appeared to be impressed with Ballesteros’ transformation as she told the netizen that the actor looked “great.”

“No lies detected… I don’t know why people are laughing. I think she looks great,” she said via Twitter yesterday, Sept. 1.

No lies detected… I don't know why people are laughing. I think she looks great. 👏🏽 pic.twitter.com/SQYke5Qm8b

Another netizen, @WerkItLaLisa, replied to Jamil and explained that the Twitter post was “all in good fun.”

“They’re not laughing at how the drag looks Jameela. It’s just more to do with our culture’s humor,” the netizen told her. “The person doing the drag is a know[n] TV host/comedian and we know Pao is fabulous just like you! It’s all in good fun.”

“I love it all,” Jamil replied.

I love it all

Jamil is a British actress known for playing Tahani Al-Jamil in “The Good Place” and Titania in “She-Hulk: Attorney at Law.” She is also set to star in the series “Pitch Perfect: Bumper in Berlin,” as well as the upcoming Netflix film “The Statistical Probability of Love at First Sight.”