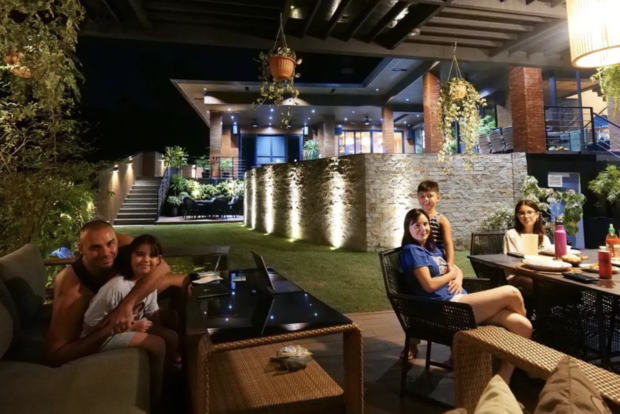 Doug Kramer and his family have found a new favorite spot in their home after a months-long renovation project in the outdoor area of their house.

Kramer gave a glimpse of the improvements in his house via his Instagram post last Wednesday, Aug. 31. He credited the idea of adding new features to the home to his wife, actress Chesca Garcia.

The family, known as Team Kramer, can now enjoy meals outside with an improved lanai as well as the pergola that covers their grill and outdoor seating area.

“Our [four-month] project converting and improving our lanai and adding a new pergola by our garden and even a koi pond!” he said. “Such a great idea by [Chesca]! Now we have another new fave spot!”

Kramer added that their home’s outdoor area used to be where their kids’ playground was, but he and Garcia have decided to “maximize” it and give it a “more modern look.”

“So much more beautiful memories will be made here. Thankful, grateful,” he added.

Team Kramer moved into their Antipolo City house in May 2019 after its construction, which took about two years.

Meanwhile, Kramer and Garcia recently announced that they are building “another dream home” for their “build and sell passion project.”

The couple, who has been married for 13 years, have three children together, namely Kendra, Scarlett and Gavin.  /ra