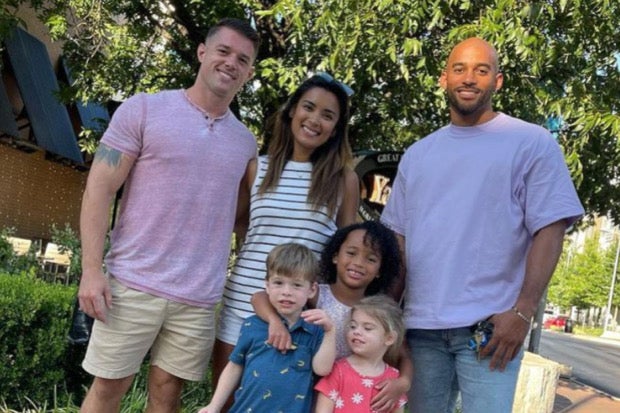 Michelle Madrigal with her boyfriend, ex-husband Troy Woolfolk, her daughter and two other kids. Image: Instagram/@twoolf29

Michelle Madrigal appears to have the support of her ex-husband Troy Woolfolk on her new relationship, as the three of them spent time together with the former couple’s four-year-old daughter.

Woolfolk gave a glimpse of their meeting through his Instagram page yesterday, Aug. 29. Two other kids were also included in the photo but their identities were not immediately stated.

“Co-parenting at its finest,” he said.

A post shared by Troy Woolfolk “The Vegan Wolf” (@twoolf29)

Madrigal recently revealed that she is dating again four months after her divorce from Woolfolk. The actress-fitness trainer then eventually made public her relationship, although she opted not to disclose her boyfriend’s identity. Madrigal only stated that he is a divorced single parent like her, and that their lifestyles match each other’s.

Meanwhile, Madrigal and Woolfolk announced their separation in August last year, with Madrigal stressing that there was no third party involved and that she and Woolfolk were “just incompatible.” JB