NCT127 will extend its second world tour to North America and South America, as well as to more cities in Asia, announced label SM Entertainment on Monday.

The band kicked off its tour “Neo City – The Link” in Seoul in December. It performed in Tokyo, Osaka and Nagoya in Japan, as well as in Singapore. In September, it will head to Manila, the Philippines, and in October, begin the United States leg of the tour, landing in Los Angeles first. More destinations in Latin America and Asia are to be announced. 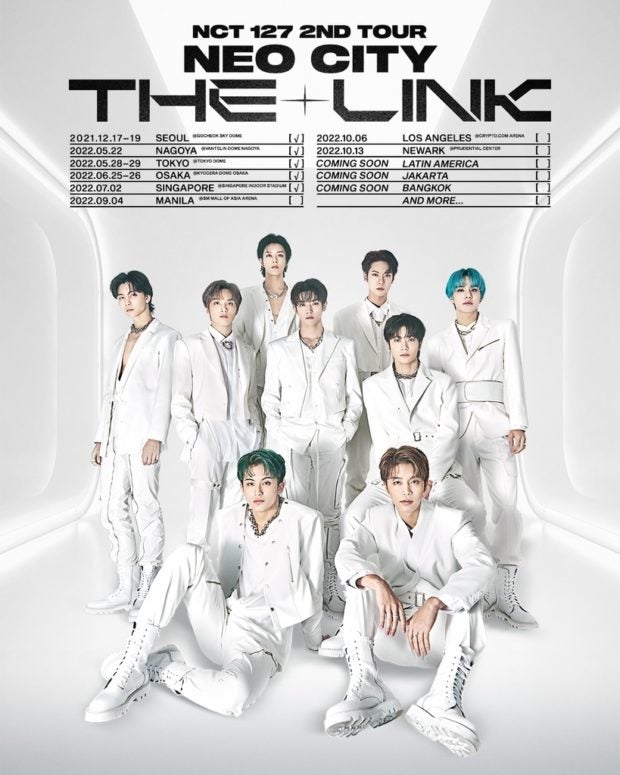 On Sept. 16, the septet will come out with its fourth studio album “2 Baddies,” about 11 months since “Favorites,” a repackage of its third LP “Stickers.” The third LP hit the Billboard 200 at number three, a record for the band, and stayed for 17 weeks in a row, the longest streak for albums that were released in the year. Combined with the reissue, the album sold more than 3 million copies. JB