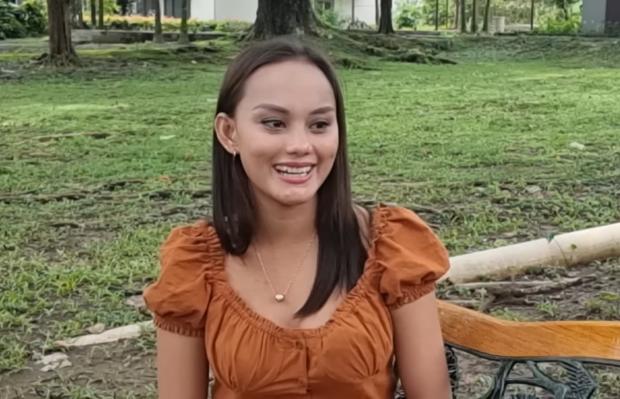 Rita Gaviola, popularly known as “Badjao Girl,” has revealed that a cyst was detected on her breast as she opened up on the bashings she experienced as a young mom.

Gaviola opened up on her condition during her interview with broadcaster Karen Davila, for the latter’s YouTube vlog yesterday, Aug. 25.

She noted that the cyst initially went away after taking medications, but it eventually came back. Gaviola also stressed that while the cyst is not cancerous, it does hurt when she touches the area.

(I had a checkup before. There really is a cyst there, they say it is normal for women. Then they gave me medicine. So I took the medicine until it went away, but it is back now.)

Despite her condition, Gaviola opted to set aside plans to have another checkup so she could buy food for her family.

(I had to endure not going for checkups because instead of a checkup, I would give money to my parents so they could buy food… That is what many people do not know, especially when it comes to their bashing. It just affects me so much so I just put up with it.)

Given this, Davila said she would help Gaviola in getting the cyst checked by a doctor.

Gaviola recently revealed that she is now a mom by introducing her baby to the public last Aug. 8. She also asked the public to address their criticism toward her instead of her child.

Gaviola first gained popularity as a teenager back in 2016, when she captured the admiration of netizens after being photographed at the Pahiyas Festival in Quezon. It was in the same year that she joined the reality TV show “Pinoy Big Brother” alongside Maymay Entrata, Edward Barber and Kisses Delavin, among others.

Last February, Gaviola also competed in the “It’s Showtime” segment “Showtime Sexy Babe,” where she was named a daily round winner.  /ra