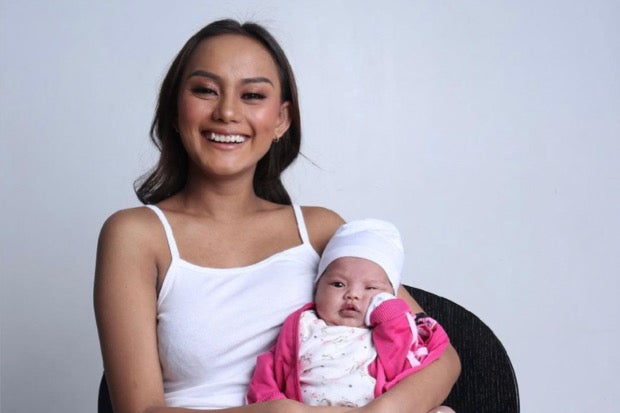 Rita Gaviola, popularly known as “Badjao Girl,” is now a mom as she introduced to the public her first child with her non-showbiz boyfriend.

Gaviola showed herself carrying her baby while her partner sat beside her, as seen on her Instagram page on Monday, Aug. 8.

The “Pinoy Big Brother” alum also gave the public a closer look at her baby, with Gaviola asking them to address their hate toward her and not her child.

(Tell me hurtful words or even bash me, I am okay with it. Just don’t get my child involved. I will accept all your hurtful comments, but spare my child from them.)

Gaviola gained popularity in 2016 after a photo of her became viral on social media. In the same year, she joined the reality TV show alongside Juan Karlos Labajo, Maymay Entrata and Kisses Delavin, among others.