John Arcilla still dreams of having his own family: ‘Kayang-kaya pa naman’ 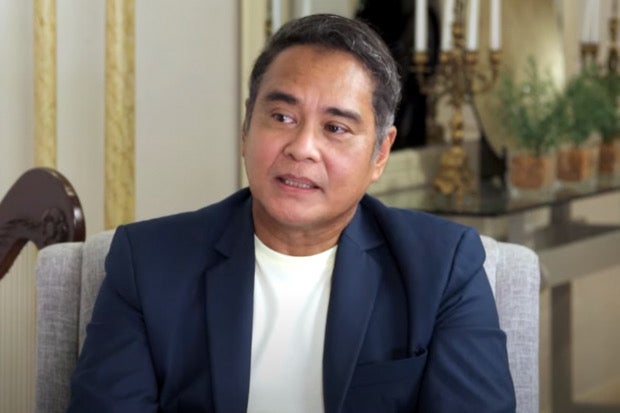 John Arcilla, 56, is still hoping to build a family and have children of his own, but he admitted that he is already having second thoughts because of his age.

The award-winning actor recounted the relationships he had where he almost built a family, in an interview with comedian-talent manager Ogie Diaz, as seen on his YouTube channel yesterday, Aug. 22.

(I had two serious relationships where I almost had a family but it did not work out. I was not blessed to have a baby but I almost had it. Maybe God has a different plan for me.)

“Pero pangarap mo ‘yan — na magkaroon ka ng sarili mong pamilya? (But is that your dream — to have your own family?)” Diaz asked, to which Arcilla replied, “Oo naman, tsaka kayang-kaya pa naman.” (Yes, of course. And I can still accomplish it.)

While Arcilla is hopeful about such a dream, the actor acknowledged that it would be hard for him to attain it given his age and career commitments.

(The thing is, [I] feel like [I am] already getting afraid because of the many responsibilities [I have] at the moment. [I am also] having second thoughts considering my age bracket, although I still want [to have a family]. There is no problem because I am not infertile.)

When asked about the status of his heart, Arcilla then expressed contentment and said that he had learned to make peace and accept the things he cannot control.

(I am happy because there are so many blessings, accolades and recognitions. There are a lot of challenges but I already know how to hurdle them. I always tell my heart to just enjoy and love.)

Arcilla portrayed the villain role of Renato Hipolito in the TV series “FPJ’s Ang Probinsyano” which recently ended its seven-year run. Due to his realistic portrayal, Arcilla received death threats, which prompted the actor to ask viewers to “review their sense of reality.” JB