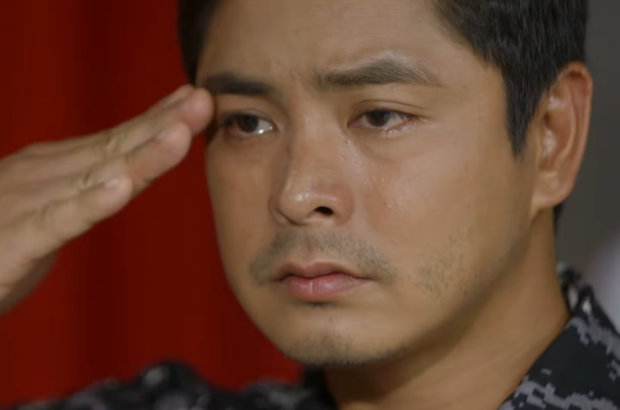 The finale saw the death of all members of Task Force Agila, as well as the antagonists Renato Hipolito (John Arcilla) and Lucio (Raymond Bagatsing), as shown in ABS-CBN Entertainment’s YouTube channel.

Cardo Dalisay (Coco Martin) was then conferred a medal of bravery by President Oscar Hidalgo (Rowell Santiago). Cardo then returned to the province with his family and eventually reunited with Mara (Julia Montes).

(There are various reasons for becoming a policeman… But in front of you is proof that every cadet’s reason should be devotion and love for the country.)

“FPJ’s Ang Probinsyano” also paid tribute to late veteran actress Susan Roces, who passed away last May. It revealed that her character Lola Flora had died while showing moments of Roces in the series.

(I have been through so many battles. I fought all kinds of evil. I could not believe that at last, the Philippines will finally gain peace.)

After the finale aired, the series’ stars Montes and John Estrada expressed their appreciation for Martin via their respective Instagram pages yesterday.

(In “[Ang] Probinsyano’s” seven-year run… You are one of the biggest reasons for the show’s success. With your dedication, love and hard work for the show, it has been an honor to see you work in [“FPJ’s Ang Probinsyano”].)

(You are amazing in acting, directing, creating stories, being a leader, and your dedication to your work is unparalleled, you are one of a kind. You are a diamond in this industry, we all salute you.)

The upcoming “Mars Ravelo’s Darna: The TV Series” will then take over the show’s old timeslot, as it is set to premiere on Monday, Aug. 15.  /ra