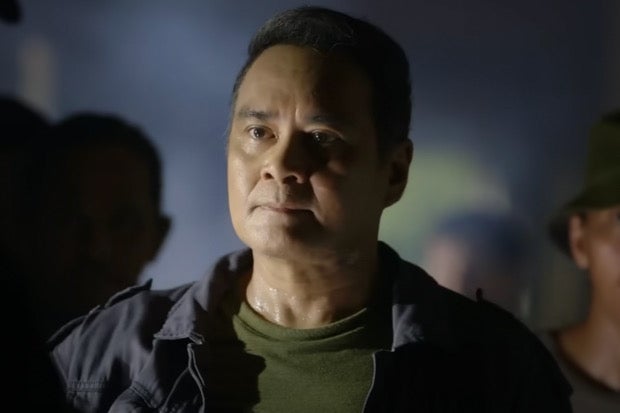 John Arcilla admitted that he is bothered by death threats and ill-wishes he received from viewers who cannot seem to separate reality from the actor’s portrayal of his villain role in “FPJ’s Ang Probinsyano.”

Arcilla, who played the character of Renato Hipolito in the TV series, addressed the hate he has been receiving by showing messages of netizens cursing and calling him names, via his Instagram page last Friday, Aug. 12.

(My fan base is increasing and they even sent me personal messages, but it is already bothering me. It is only a TV series, please do not take things personally. I hope [these messages] are only jokes. Direct your threats to Hipolito, not to me because it is not funny anymore.)

Arcilla also got a message from a netizen who wished and prayed for the actor’s demise in real life, as seen in a separate post, also on Arcilla’s Instagram page.

(I hope you are not serious. Even if I know that my faith is stronger than your intention, I think I need to post this to make other people aware that there are audiences like this that should be enlightened by others. It is understandable to get angry at Hipolito but if your anger is directed to me, I think you should already review your sense of reality.)

“FPJ’s Ang Probinsyano” aired its final episode last Friday, which marked the end of the show’s seven-year run. Arcilla’s character died in the action series along with fellow antagonist Lucio (Raymond Bagatsing) and all members of Task Force Agila. Coco Martin’s Ricardo Dalisay, meanwhile, returned to the province with his family and eventually reunited with Mara (Julia Montes). JB