LOOK: Dylan Sprouse listens to TWICE's 'What is Love?' while driving | Inquirer Entertainment

LOOK: Dylan Sprouse listens to TWICE’s ‘What is Love?’ while driving 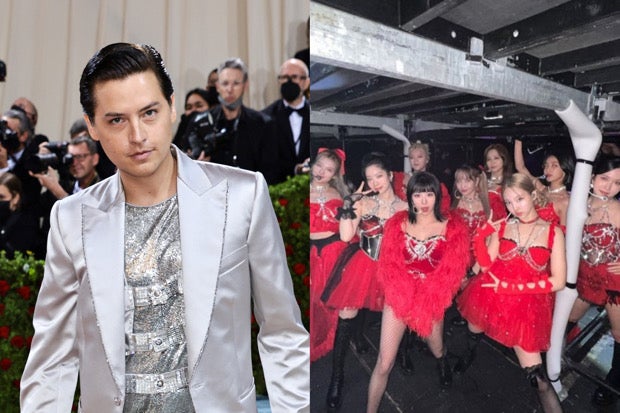 Dylan Sprouse may have taken a liking to the song “What is Love?” by K-pop girl group TWICE, as he listened to it and hyped himself up with the track while driving.

The American actor was seen in his car while the chorus of the song was playing in the background, as shown on his Instagram Stories last Saturday, Aug. 20. The post has since expired but has been re-uploaded by fan sites on social media.

“White knuckling the wheel at 80 [miles per hour] blasting K-pop before meeting up with my absolute boys,” he said. 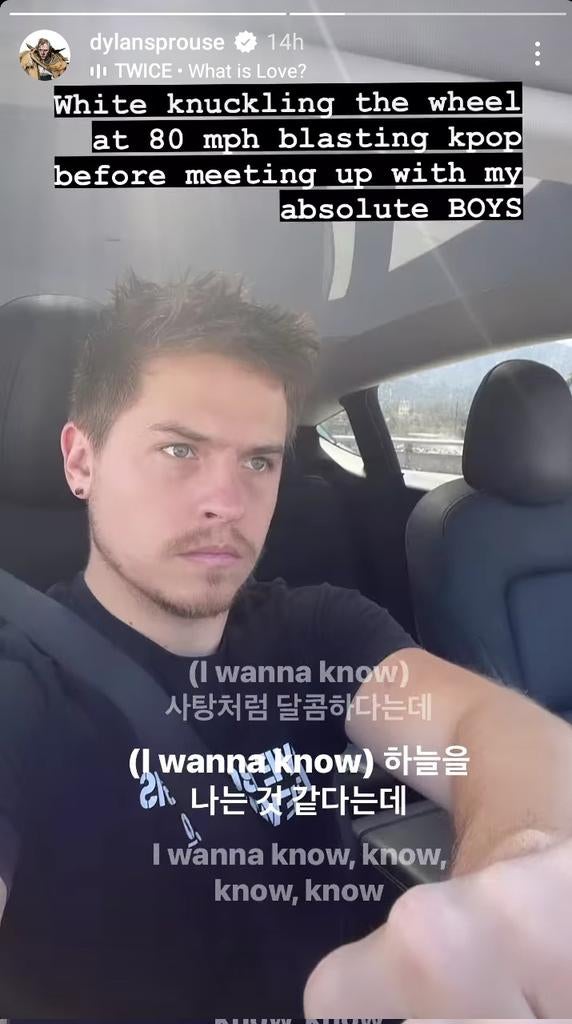 Fans were gushing over Sprouse as they expressed their appreciation of him via their Twitter pages, with one @Ramikkin describing him as “a real one” for listening to the TWICE song.

“Dylan Sprouse blasting [‘What is Love?’] in his car. You know he’s a real one,” the netizen stated.

Dylan Sprouse blasting What is Love? in his car. you know he's a real one

“Went to Dylan Sprouse’s [Instagram] to check if it’s true that he’s listening to [‘What is Love?’] and yep he’s literally blasting TWICE’s music. You got the taste bro,” one @Scy_stanner tweeted.

Went to dylan sprouse's IG to check if it's true that he's listening to what is love and yep he's literally blasting Twice's music. You got the taste bro✨

“[Dylan Sprouse] covering the dance to ‘What is Love?’ is now a must!” one @tuwaiseutrash said.

@dylansprouse covering the dance to 'What is Love?' is now a must!!!!!

Dylan rose to fame with his twin brother Cole after they starred in the Disney sitcom “The Suite Life of Zack and Cody.” Dylan has also starred in films including “Big Daddy” (1999) “After We Collided” (2020) and “Tyger Tyger” (2021). JB