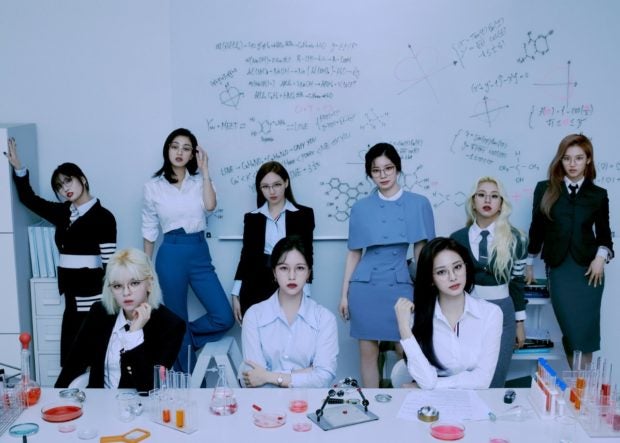 All nine bandmates of girl group Twice have renewed their contracts with JYP Entertainment, standing the test of time and the “seven-year jinx.”

On Tuesday, the company said that the two sides have decided to continue “based on trust” and “renew their contracts early,” via a press release. The band members’ exclusive contracts were due to expire in autumn, but all of them chose to stay and signed in advance.

“Twice played a crucial role in establishing JYP Entertainment’s status as a K-pop giant, and JYP has been a strong supporter of Twice becoming K-pop’s leading girl group. We agreed to renew the contracts based on confidence and a shared vision for the future,” the statement said.

The label added that it would “fully support the band to grow as a top global girl group.”

After the news broke out, leader Ji-hyo opened up about the renewal on social media.

“I’ve been counting down the days to share this news. I’m glad you all liked it. I’m sure many of you must have worried about when the glad tidings would arrive, but I’m happy that I can tell you this,” Ji-hyo wrote in the post for Once, the nonet’s official fandom.

K-pop groups that debuted in 2015 have to renew their contracts with their agencies, and the standard length of exclusive agreements between agencies and artists is seven years.

Twice threw its hat into the ring under K-pop powerhouse JYP Entertainment on Oct. 20, 2015, through the survival program “Sixteen.” The band has carved out its own niche with its trademark upbeat pop music, called “color pop,” and landed viral hits annually like “Cheer Up,” “TT” and “Signal.”

Only a handful of K-pop artists have successfully renewed contracts with their agencies, as many have chosen to embark on solo journeys or seek other careers. Fans also had sleepless nights, fearing their favorite group could part ways. Prior to the news, there had been discussions among fans about whether Twice would continue its career under JYP, since it is rare for a female act to maintain longevity in the tumultuous industry. JB