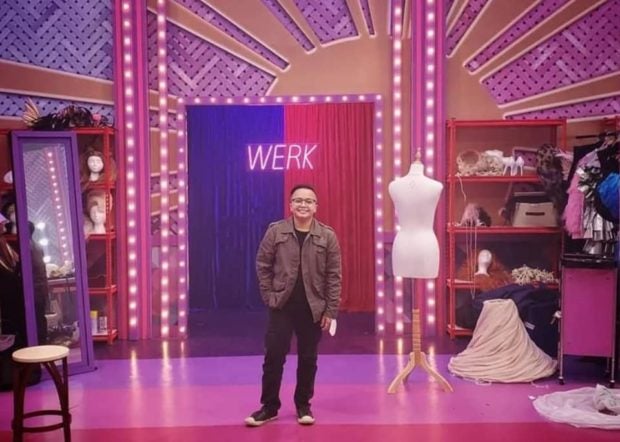 Ice Seguerra gave fans a peek behind the scenes of “Drag Race Philippines” as his wife Liza Diño revealed he is the director of the show’s “Untucked” companion series.

Aside from “Drag Race Philippines: Untucked,” Seguerra will also be directing scenes in the show’s werkroom, where contestants prepare or perform for certain challenges, as seen on Diño’s Facebook page yesterday, Aug. 18.

Diño showed Seguerra at the “Drag Race Philippines” werkroom operating a camera and posing with the crew of the show.

This marks Seguerra’s debut as a series director, and Diño could not help but be proud of him.

“Directorial debut mo pa lang eh global na, tapos reality series pa. To top it all off, paborito pa nating show.” she gushed, recalling that she and Seguerra were ecstatic after finding out he would co-direct the series.

(It is just your directorial debut, but it is already global, and a reality series at that. To top it all off, [it is for] our favorite show.)

“Thank you, love, for capturing the hearts of these queens. I love you, and I’m so proud of you my love. Slaaaay!” Diño added.

MEET THE DIRECTOR OF #DRAGRACEPHUNTUCKEDAND THE WERKROOM SCENES ON #DRAGRACEPHILIPPINESYup. Cat's out of the bag. My…

The series is expected to feature conversations among the competing queens during judges’ deliberations, as well as additional footage in the werkroom or runway. It is set to premiere today, Aug. 19.

The first episode of the main “Drag Race Philippines” series aired Wednesday, Aug. 17. Drag queen RuPaul, who produced the original show, made an appearance on the pilot when she greeted contestants and said her famous line, “Good luck and don’t f*ck it up.”

Ice Seguerra fulfills dream to be director with short documentary