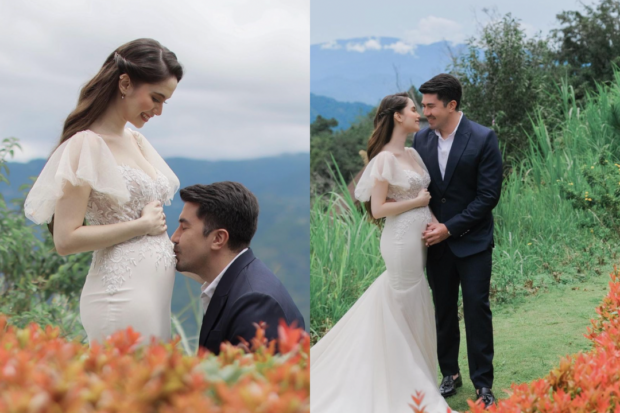 Jessy Mendiola and Luis Manzano are set to be parents as they revealed that the actress is now pregnant with their first child.

The couple made the revelation, which they described as “a new chapter,” via Mendiola’s YouTube channel yesterday, Aug. 11.

It also gave glimpses of moments from the couple’s wedding, as well as Mendiola and Manzano at a chapel. The actress explained that she and Manzano, who wed in an intimate garden ceremony last year, initially planned to have their church wedding this year before they were given the “pleasant surprise.”

“For now, our planned church wedding will have to take a backseat until our bundle of joy arrives. This is, by far, the best surprise we have received in our lives. Indeed, with God all things are possible,” the couple stated.

After revealing her pregnancy, Mendiola flaunted her baby bump on her Instagram page today, Aug. 12. She also showed more sonograms of her baby, who she referred to as “our little Peanut.”

“Say hello to the world, our little Peanut!” she said.

Both Mendiola and Manzano had been open about their readiness to become parents since last year.

The actress said in an interview with Philippine Daily Inquirer last December 2021 that getting pregnant was her priority and she was hoping to have twins. Meanwhile, Manzano expressed intent to be a dad last February, when he asked his mother Vilma Santos to give him baby products as gift.  /ra

LOOK: Jessy Mendiola goes seductive in photo shoot ‘before I get preggy’