Iza Calzado recounts two surgeries 'to fix body' for Darna role: 'Why was I so impulsive?' | Inquirer Entertainment

Iza Calzado recounts two surgeries ‘to fix body’ for Darna role: ‘Why was I so impulsive?’ 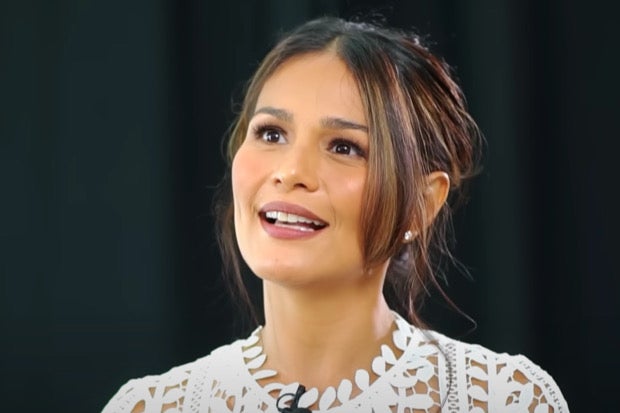 Iza Calzado looked back on her 18-year Darna journey, from when she was first offered the titular role in 2004 to her current role as “first Darna” in the upcoming “Mars Ravelo’s Darna: The TV Series.”

In an exclusive interview with King of Talk Boy Abunda, as seen on the latter’s YouTube channel yesterday, Aug. 10, the actress revealed the surgeries she had in 2004 after she was tapped to portray the “picture-perfect” superhero.

“It has been 18 years since I was first approached, sat down and told, ‘We want you to play Darna’—without it being a dream role of mine growing up [because Darna is] picture-perfect,” she said. “Beyond Barbie pa ito kasi naka-two-piece, perfect ka dapat.” (This is beyond Barbie because [Darna] is wearing a two-piece [costume], so you have to be perfect.)

“So I did two surgeries to, kind of, fix the body and it wasn’t enough. Because I had lost a hundred pounds—so loose skin and everything—I had a tummy tuck and thigh lift. It was one after the other,” she added.

Calzado recalled having to still audition for the role despite her surgeries, admitting that it pained her at the time when she was not cast as Darna. Nevertheless, Calzado stressed that she was never possessive of the role, and that fellow actress Angel Locsin, who portrayed the iconic superhero at the time, was meant and perfect for the character.

“I let go pero syempre ‘di ba (but of course), the feeling of I did the surgeries for a role, that stays with you,” she stated. “The regret, ‘Why was I so impulsive in deciding to do this for a specific project na hindi naman natuloy (that did not push through)?’—I had to deal with that, I had to grapple with that for years.”

Calzado then spoke about the self-love journey she underwent which helped her heal and change her perspective. After several years, Calzado was then offered her current role in 2017 “without her manifesting it.”

Aside from her Darna journey, Calzado also opened up about her plans of having a child with her husband Ben Wintle, noting that such a blessing will come in God’s perfect time.

“I think He really has His divine timing and when the time comes, I know that He’ll give me that baby,” Calzado said.

Calzado will be starring in the TV series alongside Jane de Leon, who will be playing Narda, Joshua Garcia and Janella Salvador, among others. The show, directed by Chito Roño and Avel Sunpongco, started taping in November 2021 and is set to premiere on Aug. 15.  /ra

Read Next
Olivia Newton-John to get state memorial in Australia
EDITORS' PICK
Reignite your passion with the vivo Y35
Karding damage to infrastructure at P23M
UNFPA Philippines Career Opportunities
Sierra Madre stands up to Karding, but needs protection vs the humans it saves
Bongbong Marcos says PH ‘open for business’ with new Clark Airport terminal
House energy committee chair Arroyo bats for cheap electricity
MOST READ
Angelica Panganiban ‘duguan, sugatang mom’ one week into breastfeeding
Badoy not with Office of the President, NTF-Elcac, under Marcos admin — solon
LPA enters PAR, may develop into tropical depression
Charges readied vs gov’t guard with P290-M deposits
Don't miss out on the latest news and information.