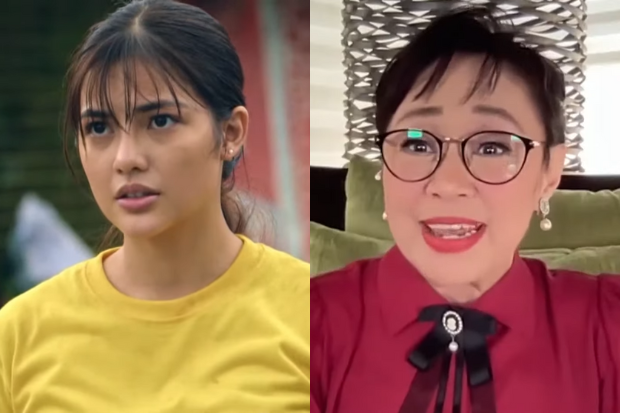 Vilma Santos has given her stamp of approval to Jane de Leon’s version of the iconic superhero Darna, and cheered on the actress for the upcoming “Mars Ravelo’s Darna: The TV Series.”

The Star for All Seasons has given her blessing to De Leon during the grand media conference of the TV series, as shown on ABS-CBN Entertainment’s YouTube channel yesterday, Aug. 8.

(Darna is a local heroine created by Mars Ravelo. A woman who is brave and ready to defend those who are in need. I am lucky enough to have done four “Darna” films.”)

For Santos, Darna is a “relevant” figure who gives inspiration and pushes people to believe that “everybody can be Darna,” as long as they are “willing to help people.”

(Many aspire to become Darna. The character is already an icon. It is a great honor for an actress like me to portray Darna. Now that you have been chosen as Darna, Jane, give [the public] inspiration that there is still love, trust and hope.)

Santos then referenced Darna’s magical stone as she expressed support for De Leon and wished her good luck in playing the character.

For her part, De Leon vowed to do her best in portraying Darna and thanked those who have been supportive of her.

Santos is among the actresses who played Darna prior to De Leon. She took on the role for the films “Lipad, Darna, Lipad,” “Darna and the Giants,” “Darna vs the Planet Women” and “Darna at Ding.”

Now helmed by Chito Roño and Avel Sunpongco, “Mars Ravelo’s Darna: The TV Series” follows the journey of Narda (De Leon) and her reluctance to fulfill her destiny as the superhero Darna.