Olivia Newton-John to get state memorial in Australia | Inquirer Entertainment

Olivia Newton-John to get state memorial in Australia 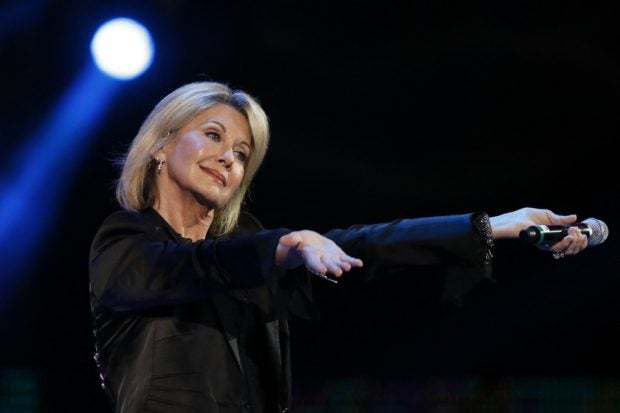 Screen legend Olivia Newton-John will be honored with a state memorial service in her adoptive homeland Australia, authorities said Thursday, touting an upbeat sendoff for the late Grammy-winning actress.

The British-born, Aussie-raised star of the 1978 hit musical “Grease” died on Monday at her home in Southern California.

The cause of death was not stated, but the 73-year-old Newton-John had spent three decades trying to—as she put it—”win over” breast cancer.

Victoria state Premier Dan Andrews said Newton-John’s family had accepted the offer of a state memorial that “would be much more of a concert than a funeral.”

“It will be an appropriate celebration of such a rich and generous life.”

A date for the memorial has not yet been set.

Her widower, John Easterling, on Thursday posted a tribute to her and thanked fans for the “vast ocean of love and support” that has come with her passing.

“She was the most courageous woman I’ve ever known,” he said.

“In her most difficult times she always had the spirit, the humor, and the will power to move things into the light,” Easterling added. DC/RA

In Australia, tributes pour out for pop star Olivia Newton-John

Read Next
Bollywood seeks boost with ‘Forrest Gump’ remake
EDITORS' PICK
Individuals affected by ‘Karding’ now over 157,000
Newbie gamers are in for a treat with the power-packed feature of vivo Y16
House energy committee chair Arroyo bats for cheap electricity
Bongbong Marcos says PH ‘open for business’ with new Clark Airport terminal
Karding damage to infrastructure at P23M
Reignite your passion with the vivo Y35
MOST READ
LPA enters PAR, may develop into tropical depression
Angelica Panganiban ‘duguan, sugatang mom’ one week into breastfeeding
Security guard shoots 2 other guards dead inside Makati subdivision
Badoy not with Office of the President, NTF-Elcac, under Marcos admin — solon
Don't miss out on the latest news and information.