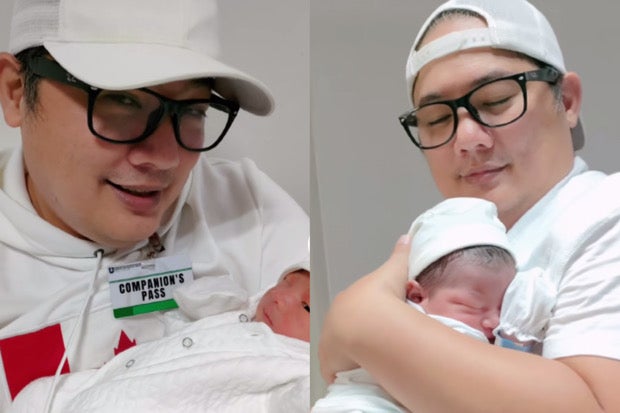 An elated Smokey Manaloto has announced that he entered fatherhood at the age of 44, as he welcomed his first child with his non-showbiz partner earlier this month.

The actor-comedian narrated their journey from when they found out about the pregnancy in December last year to delivering the baby, through a video on his TikTok page last Sunday, Aug. 7.

Manaloto and his partner, whose name he did not disclose, went to the hospital Aug. 2, Tuesday, and welcomed their child in the early morning of Aug. 4.

“Ladies and gentlemen, we would like you to meet our ‘Kiko’ Manaloto,” Manaloto said while photos of himself cradling his son were flashing in the video.

Manaloto also brought Kiko to a church and got him blessed by a bishop, as seen on Manaloto’s Instagram page yesterday, Aug. 10.