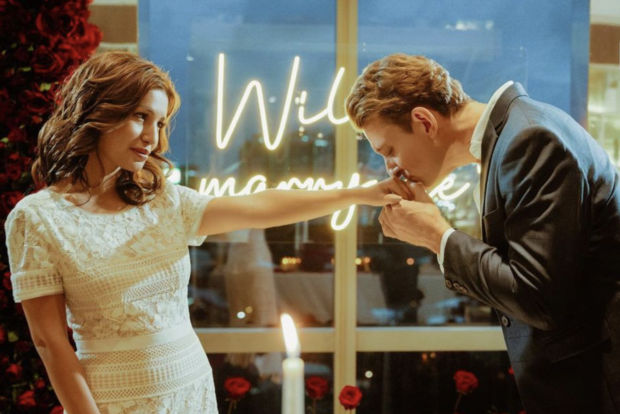 Nathalie Hart has revealed she is now engaged to her non-showbiz partner Brad Robert as she gave the public a glimpse of the proposal.

The Filipino-Australian actress announced via her Instagram page today, Aug. 10, that she and Robert are set to tie the knot. The proposal took place in Makati City, in front of a backdrop of red roses as well as an LED display bearing the words “Will you marry me?”

“SECOND CHAPTER: I said yes,” Hart said, along with the hashtag “#engaged.”

“She said Yes! Brad Robert and Nathalie Hart are engaged,” the studio stated.

Fellow celebrities Regine Tolentino, Coleen Garcia and Ryza Cenon were among those who congratulated Hart and Robert.

The actress kept her relationship with Robert mostly private. Her last known public relationship was with Indian businessman Mayank Sharma, with whom she had a daughter. Hart gave birth to her daughter Penelope in February 2019, then confirmed her separation from Sharma in December of that year.