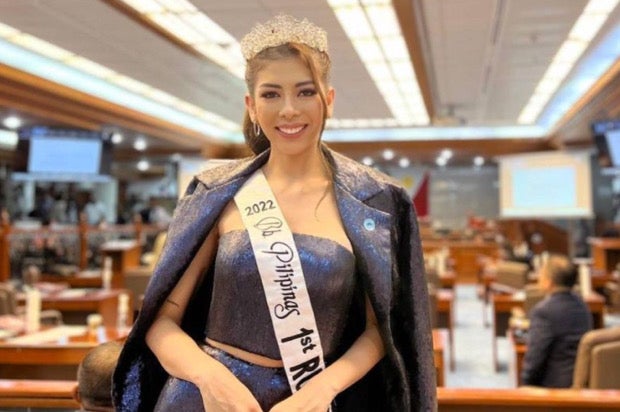 Herlene Budol met some of the senators including Raffy Tulfo, Robin Padilla and Christopher “Bong” Go after she paid a courtesy call on them at the Senate Plenary Hall.

The Binibining Pilipinas first runner-up showed herself wearing her crown and sash during her visit, through her Instagram page yesterday, Aug. 9.

(I am glad to have been invited as a guest at the Senate Plenary Hall because of Sen. Raffy Tulfo. It is an honor to have a courtesy call from the Senate.)

Aside from posing for photos with the said senators, the comedian-turned-beauty-queen was also seen having a conversation with Tulfo, who congratulated Budol for her win.

Meanwhile, Budol will still continue her career in pageantry as she is set to compete in international pageants. This was announced earlier by her talent manager Wilbert Tolentino, who already asked for permission from the Binibining Pilipinas organization.

Aside from being named as Bb. Pilipinas first runner-up, Budol also won the most number of special awards in the coronation night held last July 31. She aims to inspire fans with her pageant success, which she described as “unexpected.”  /ra