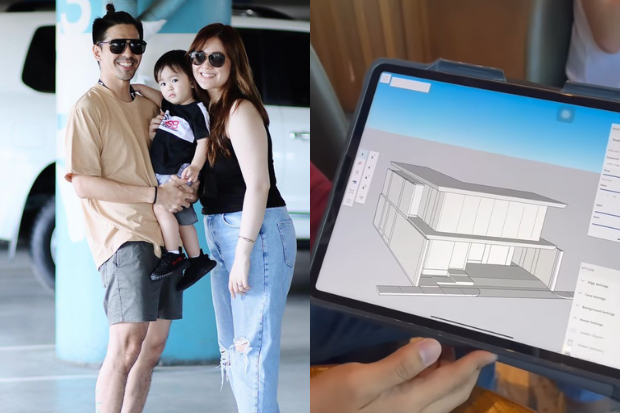 Mark Herras and Nicole Donesa have given fans a glimpse of their dream home, “Casa Corky,” after a few months of construction.

The couple showed the 3D plan for their future house, as well as the construction site where it is to be built, on their YouTube vlog yesterday, Aug. 5. The new home is expected to have two stories and a flat roof design.

Donesa explained that they demolished the “Starstruck” alum’s house in Quezon City to create a new home with a brand-new design.

“Wala ka nang maaalala sa design ng lumang bahay ni Mark (You will not remember the design of Mark’s old house),” she told fans. “It’s like Mark never left the house, the area. It’s a really good area din (too), still in [Quezon City], which is one of our key points when finding a house.”

Donesa then recounted that she and Herras initially wanted to sell the original house, but did not succeed in doing so.

“It so happens that we actually were never supposed to leave the area but instead, we found a team that could really build our dream home from scratch. At the same time, nakatipid pa kami (we saved money). That is Mark’s lot na pinaghirapan niya at binayaran niya (that he worked hard for and bought),” she said.

Herras and Donesa first revealed plans of building their dream home back in April, though they only showed moments from the demolition of the original house at the time.

Herras and Donesa wed in a civil ceremony in September 2021, two years after confirming their relationship in August 2019.

The actress gave birth to their son Corky in February last year. Meanwhile, their baby recently acquired dual citizenship after successfully getting a US passport last June.  /ra