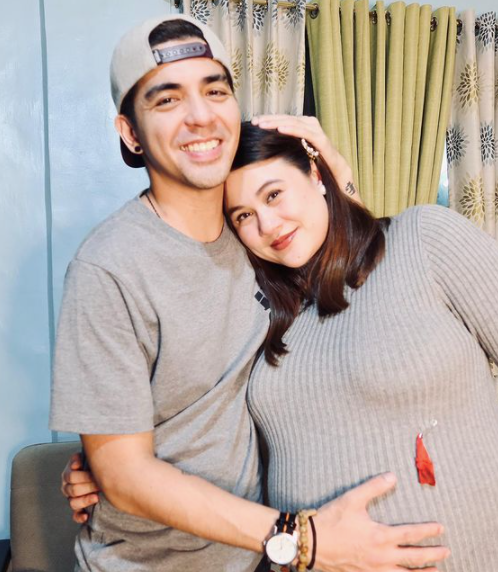 Mark Herras and Nicole Donesa pregnant with their first child together. Image: Instagram/@herrasmarkangeloofficial

The actor announced on Instagram today, Feb. 1, that Donesa had given birth to their child by sharing a photo of the newborn with his mom. They named their infant Corky, a name they chose even before knowing the baby’s gender.

Donesa, a former beauty queen, shared a photo of her fiance cradling baby Corky on her Instagram Stories. 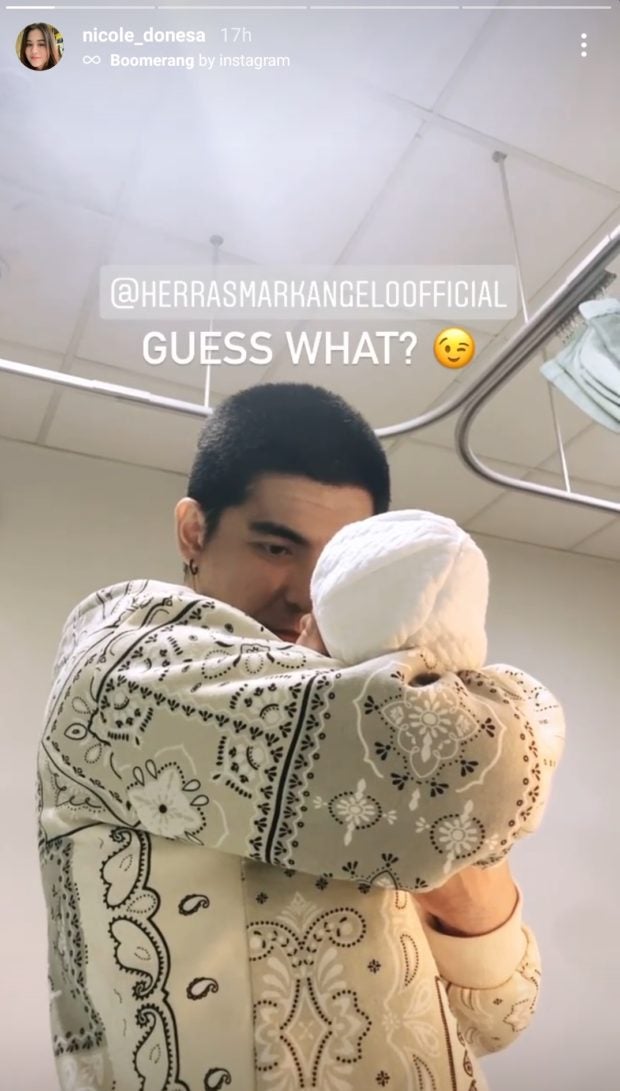 The couple announced last September that they were expecting a baby, months after they were engaged in June. The actors confirmed that they were in a relationship in August 2019 after starring in the teleserye “Bihag.”

This is Herras’ second child. He has a daughter from a previous relationship. JB