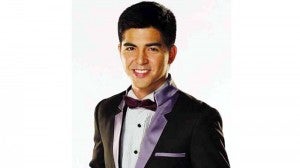 MANILA, Philippines — Twenty-seven-year-old actor Mark Herras’ announcement that he is the father of a baby girl drew mixed reactions from both his fans and critics on Twitter.

Herras’ fans used the hashtag #ProudOfYouMark to express their support for the young celebrity father and his three-month-old daughter named Ada.

The actor did not say who the mother is, but a report pointed at Herras’ senior handler who is five years older than him.

But not all netizens were pleased. Others criticized Herras for cheating on his old flame Ynna Asistio, who was his girlfriend when the baby was conceived.