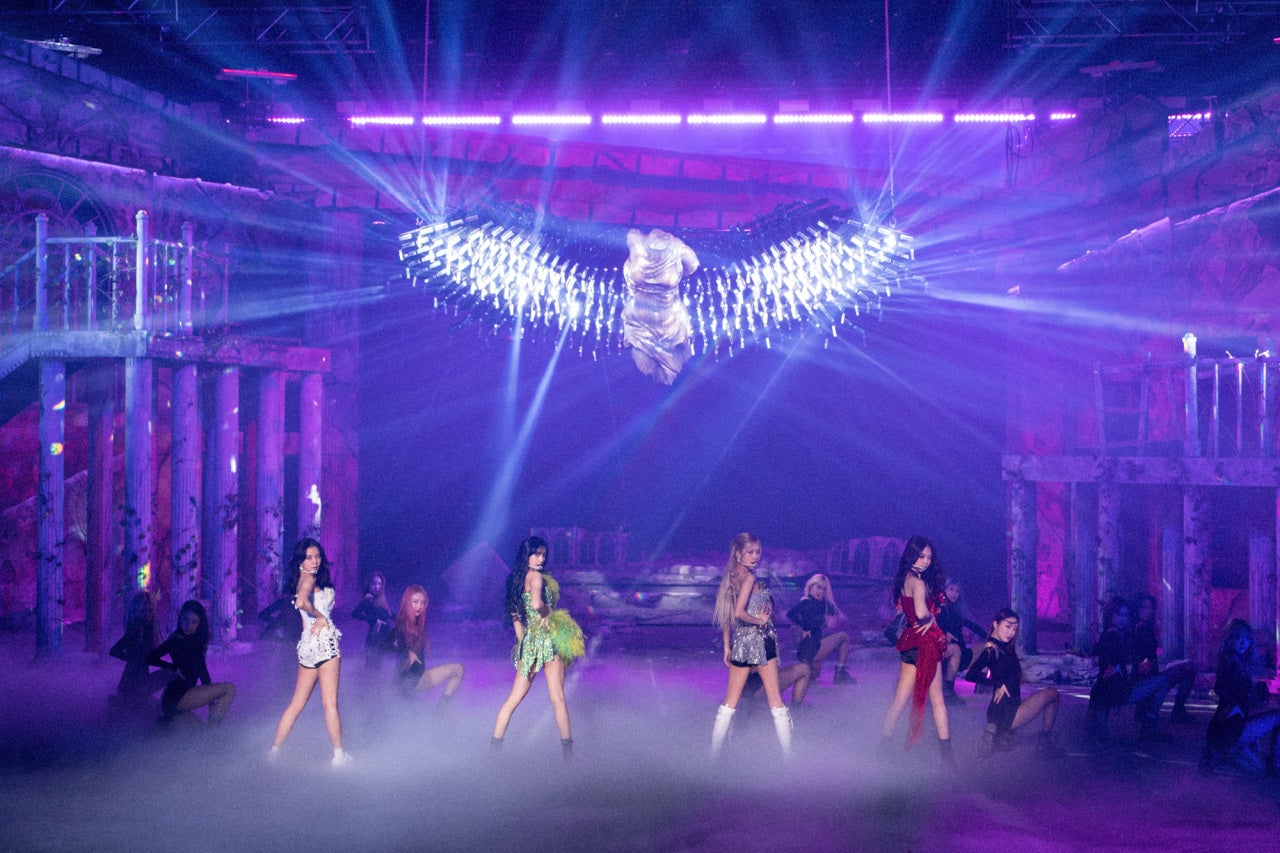 SEOUL — Blackpink wrapped up its virtual concert “The Show” to much fanfare in Seoul on Sunday.

The group’s first pay-per-view livestreamed show, which ran for about 90 minutes on YouTube, featured the four bandmates performing a total of 19 songs, including their biggest hits “How You Like That,” “Don’t Know What to Do,” “Love Sick Girls,” “Whistle” and “Boombayah.”

Songs from the group’s latest “The Album,” such as “Crazy Over You,” “Love to Hate Me” and “You Never Know” also made its first appearance on a live show. Rescheduled from its original date of Dec. 27, the concert drew over 280,000 fans from all over the world who reveled in the act’s cinematic yet realistic performances.

While it featured less state-of-the-art technology, artistic spaces and multi-view cameras, which have been defining latest livestream shows in the industry, “The Show” was a return to Blackpink’s core artistry: music and dance-heavy performances.

The act’s agency YG Entertainment stated that it intended the show to be a rendering of what the group’s original tour would have looked like.

“From vivid sounds of a live band to the bandmates’ breathing, we tried to embody an analogue stage setting which revives the band’s offline shows,” YG said in a statement.

But they did not skimp on aesthetics either, as the show featured as many as 10 elaborate and colorful sets including a dark cave and ruins of an abandoned city.

Each member also had a chance to shine alone. Jisoo proved her vocal prowess by singing to “Habits” by Tove Lo, while Lisa mesmerized viewers with a flashy rendition of “Say So” by Doja Cat and Jennie recreated her solo hit “Solo” by adding in oriental elements to the performance.

The concert also served as Rose’s solo debut stage, as the vocalist unveiled “Gone,” one of the tracks from her upcoming solo album, for the first time.

One of the concert’s highlights was their performance of “Ddu-Du Ddu-Du,” where the bandmates danced atop water while being surrounded by fire.

“We’ve encountered unexpected situations while preparing for the show, but I’m glad to wrap it up safe and sound. We hope this concert gave you some good energy,” Jisoo said.

Rose added, “We miss seeing everyone in person, but please know that in our minds we’re all there with every single one of you.”