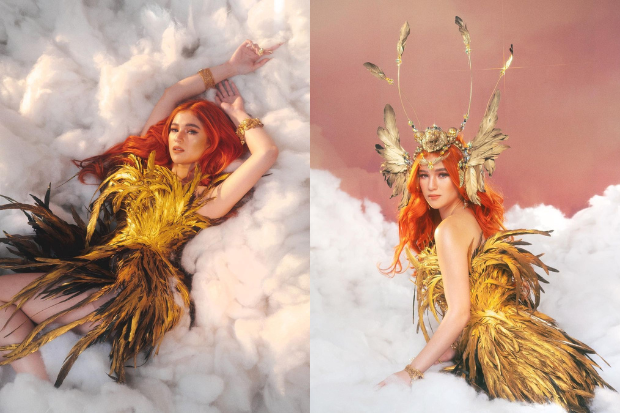 Barbie Imperial served looks as a gold goddess in an “Ibong Adarna”- inspired photo shoot as she celebrated her 24th birthday.

The actress sported reddish hair in a cloudy setup while donning a gold feathered dress for her birthday photo shoot with photographer Andrea Beldua, as seen on Imperial’s Instagram page last Monday, Aug 1. Her dress was made by the custom garment brand LSW.

Ibong Adarna refers to the colorful mythical bird that can turn humans into stone in the Filipino epic poem “Ibong Adarna.”