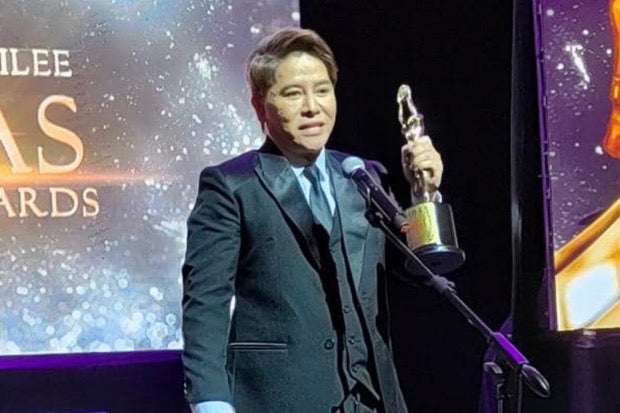 “Katips” director, writer and producer Vince Tañada made clear his intention for producing the musical film, which is primarily to inform the youth of the atrocities that happened during the imposition of Martial Law in the Philippines.

Tañada spoke about this as he addressed the bashing which the film has been receiving, in an exclusive interview with ANC, as seen on its YouTube channel yesterday, Aug. 2. Joining Tañada in the interview was his co-star in the film Johnrey Rivas, who won the FAMAS Best Supporting Actor award for his role.

“I decided to do the film in March (2021) with absolutely no intention to utilize it for politics,” he said. “Kaya ‘yung mga sinasabi ng mga bashers — March 2021 pa namin ginawa ‘yung pelikula — na gagamitin ko raw to para pabagsakin ‘yung mga Marcoses, but that is not true because I’ve done this as a musical theater play back in 2016 and this is my most-awarded play.”

(There are bashers saying that I will use the film — which we have made in March 2021 — to topple the Marcoses, but that is not true because I have done this as a musical theater play way back in 2016 and this is my most-awarded play.)

The director also stated that the film already had its screening prior to its August 2022 release in cinemas, also disclosing that he turned down offers from supporters of former Vice President Leni Robredo to use it during the 2022 election campaign.

“We [have] also shown this last November and December 2021 but because of the Omicron variant, we decided to pull out the movie and show it just now,” he explained. “So, to use this for political purposes, that is not even true because last elections hindi na namin ito pinalabas (we did not even release it).”

Aside from “Katips” being his best musical play, Tañada stressed that one of his objectives in producing the film is to tell history to those who have forgotten and those who are not yet aware.

“You know, as an artist it is also our objective not just to entertain people but more important than that, we are here to educate. We also want to educate the young people about the atrocities of Martial Law,” he stated. “Medyo nakalimutan natin ‘yon e, nakalimutan natin in the last elections and I guess we also have the responsibility na makapagturo at malaman ng kabataan ‘yung mga nangyari nung panahon na ‘yon.”

([History] is slowly being forgotten. We have forgotten it during the last elections and I guess we also have the responsibility to educate and let the youth know what happened during those times.) 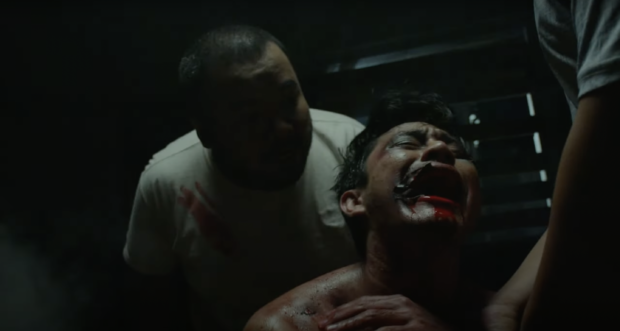 Tañada also talked about how criticisms are part of the movie’s success after he was asked about his reaction to his film being called “pa-victim” by a certain personality. While there were no names mentioned in the interview, it can be noted that comedian Juliana Parizcova Segovia earlier described the film as such and put into question its big win in the recently held 70th Filipino Academy of Movie Arts and Sciences (FAMAS) awards.

“We’ve been receiving a lot of bashing from different kinds of people and we appreciate the bashing because in a way, it would also help the film,” Tañada answered. “But you know, I always choose my battles so I do not want to comment on the criticism about me, my personhood and about the film.”

(Our scholars and academicians have researched [our history]. Let us not devalue our history because we could only make straight the path of our future by looking back at history.)