Giselle Sanchez slammed by Floy Quintos: 'Art has nothing to do with your choice' | Inquirer Entertainment
Close
menu
search 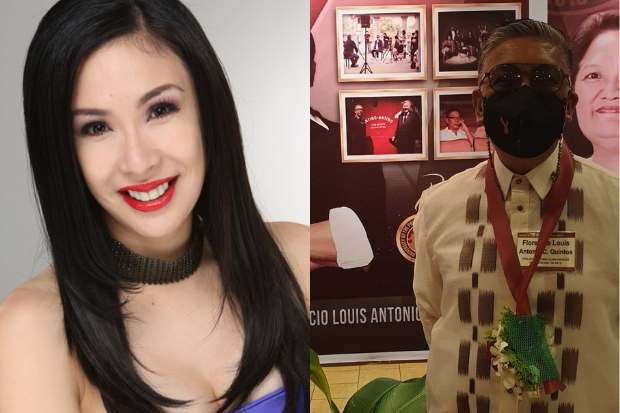 Giselle Sanchez has been blasted by director-playwright Floy Quintos over her explanation for playing late former President Corazon “Cory” Aquino in the movie “Maid in Malacañang,” which she called “art.”

The movie’s teaser showed Aquino, as portrayed by Sanchez, playing mahjong with nuns when she sought refuge in the Carmelite Monastery in Cebu City during the early stages of the 1986 EDSA People Power Revolution. The scene drew flak and was called “malicious” by Sister Mary Melanie Costillas, the convent’s prioress. Costillas called out the film for its historical distortions and inaccuracies, and for lack of diligence by the filmmakers “to gather information on what really happened during Aquino’s stay.”

Sanchez spoke about taking on the role in her Facebook page yesterday, Aug. 2. The post lifted an article she wrote for her column “Gossip Girl” under Manila Bulletin last Monday, Aug. 1.

Sanchez explained that she accepted the role because she had always wanted to work with the movie’s director Darryl Yap. She also quoted Sen. Imee Marcos who said during the movie’s press conference that “Art should disturb, it should confuse, it should provoke, it should should seduce and it should agitate.”

Why I accepted the most controversial role of 2022 in Philippine Cinema (my article in MANILA BULLETIN Aug 1,2022-…

Among those who responded to Sanchez’s post was Quintos, who said “Maid in Malacañang” is “in no way art.”

“It is not the work of artists, but of provocateurs who simply want to gain likes, views, instant fame and notoriety. Art has nothing to do with it at all,” Quintos told Sanchez. “Please just stop using the term, and the argument that your movie is Art since it disturbs and agitates. Your movie stops there.”

“How can a movie that is already condemned for falsification of history, for an overwhelming bias and for sheer bad taste, possibly be art?” he added.

For Quintos, Sanchez’s explanation for accepting the role seemed like “justification for doing the unthinkable” and a “desperate attempt to convince yourself that you made the right artistic choice.”

“Art has nothing to do with your choice. Just say you needed and wanted the work. At least, you will have maintained some integrity,” he said. 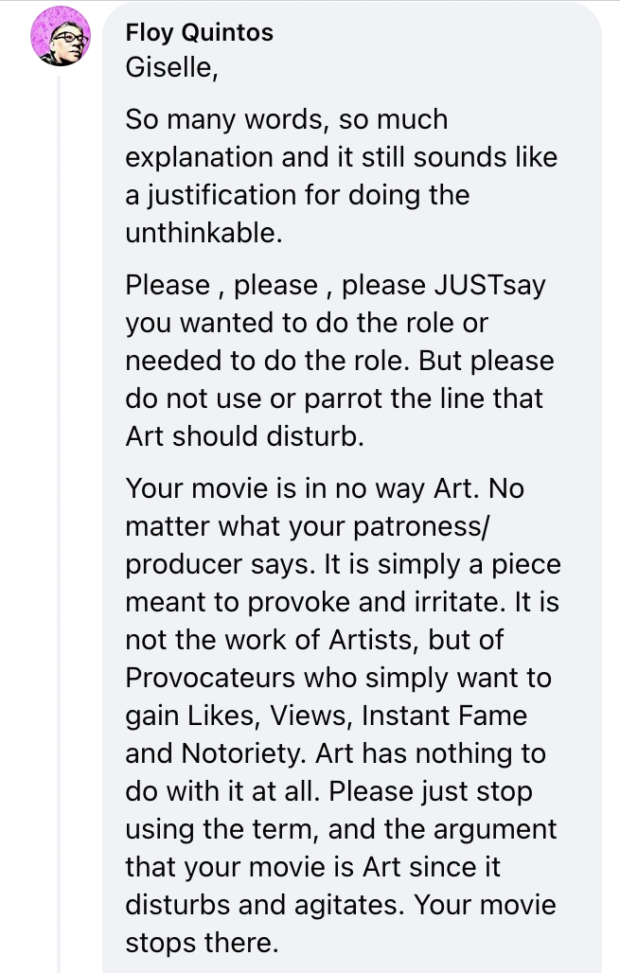 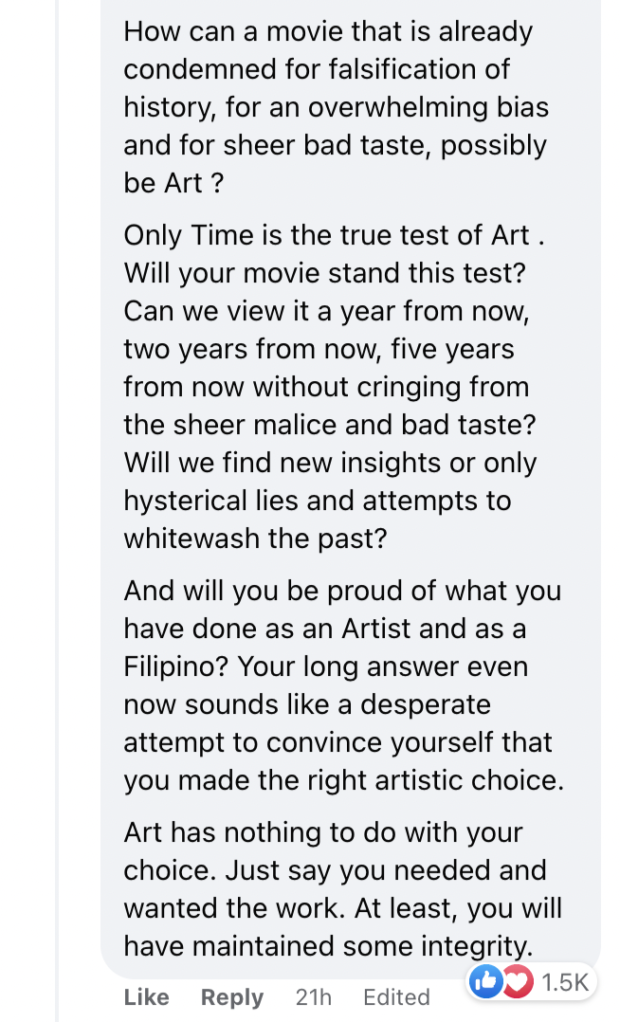 Quintos is not the first director to have called out “Maid in Malacañang.” Another acclaimed stage and film director Joel Lamangan expressed disgust at the movie and called on fellow artists not to join those who “help cover up the truth.”

“Maid in Malacañang,” which is set during the last three days of the Marcoses in the Palace amid the People Power Revolution of February 1986, is expected by critics and martial law survivors to be an attempt to contradict historical facts about the Marcos family.

Despite the criticisms, Yap said he was pleased with the “attention” that is being generated by his movie. JB