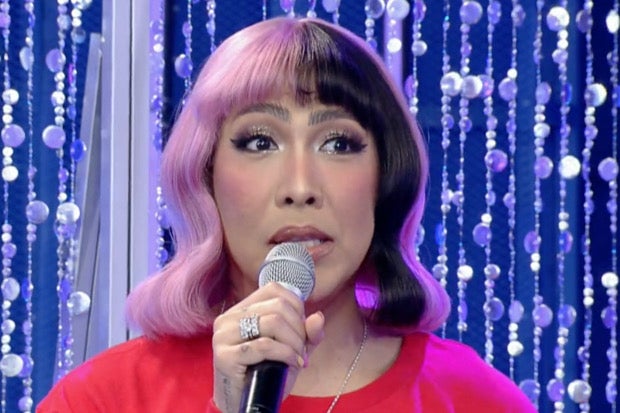 Vice Ganda made the initiative to apologize for an “It’s Showtime” contestant who made a joke on live television using the terms “ngongo” and “mongoloid.”

This came after “Miss Q and A” candidate Dimple Ruiz introduced himself by making a muffled sound, as seen in an episode of “It’s Showtime” on its Facebook page yesterday, Aug. 2. “Miss Q and A” is a segment in the noontime variety show where contestants compete by displaying their wit and poise through answering questions.

“Nagulat kayo ‘no? Akala niyo ngongo ako, mongoloid kaya ako (I bet you were all shocked. You may have thought that I have a cleft palate [but you are wrong], I am a mongoloid),” Ruiz said, to which Vice Ganda interrupted with, “Hindi ‘yan ang intro mo nung rehearsal ha?” (That was not your [introduction] during the rehearsal, right?)

“As early as now, we would like to inform everyone that the views and opinions and the words of the candidates do not necessarily reflect the views and opinions of the host, the show and the network,” the comedian added. “In behalf of candidate No. 3, ngayon pa lamang ay humihingi na kami ng paumanhin sa mga maaaring mga na-offend o hindi nagustuhan ang mga sinabi niya sa simula, lalo na ang paggamit sa mga salitang ‘ngongo’ at ‘mongoloid.’ Hindi na natin ‘yon ginagamit.”

(In behalf of candidate No. 3, we apologize to those who might have been offended and those who found his statement off, especially his use of the words “ngongo” and “mongoloid.” We are no longer using those terms.)

Vice Ganda then addressed Ruiz and asked him to explain why he added such a statement when it was not part of what they rehearsed beforehand.

Vice Ganda also pointed out why Ruiz’s joke is unacceptable, with his fellow hosts Vhong Navarro and Jhong Hilario adding that sensitivity should always be observed, and that contestants must follow what the management only allowed them to say on air.

(There are words that are inappropriate and unacceptable—words which are not politically correct—and there are things that are prohibited to be mentioned on television.)

Meanwhile, Ruiz reiterated his apologies and thanked Vice Ganda in a post on his Facebook page, also yesterday. The contestant also disclosed that the comedian reached out and comforted him after his mistake.  /ra

Vice Ganda got emotional in comedy bar visit: ‘Saw myself, my beginnings’