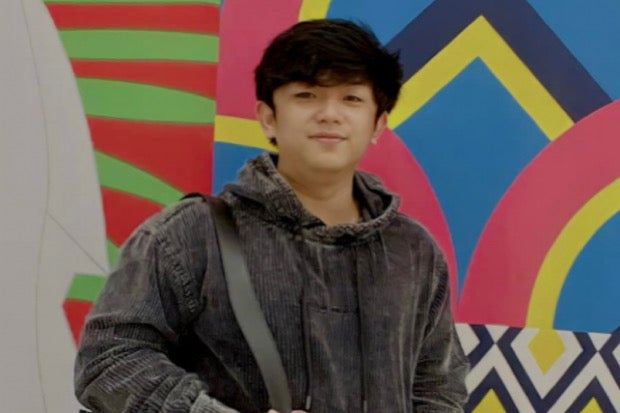 Darryl Yap was reportedly offered a position in the Film Development Council of the Philippines (FDCP) which he declined, as disclosed by GMA screenwriter Suzette Doctolero.

The FDCP is the national film agency directly under the Office of the President. It is anticipated to have a new set of leaders after the Duterte administration.

Doctolero made the information known after the controversial film director apparently became a trending topic on Twitter, as per her Facebook page yesterday, May 16.

(Why is Darryl Yap trending? So what if he becomes the head of FDCP? You also did not like Liza at first because she is not known, but later on people eventually approached her.)

The screenwriter then spoke about the “nature of politics” in the country, revealing that Yap did not accept the position as he considered the apparent reaction it would gain from the public.

(It may be unpleasant to say but whoever wins [in the elections] gets [to make appointments for] the position. But from what I know, Darryl declined the offer. To be fair, the kid knows that many people would have a heart attack, that is why he did not accept it. He cares, you know.)

“Pero huwag niyo nang [i-bash] at baka magbago pa ang isip. Di ko mabe-blame yan ha,” she added. (But do not bash him, he might change his mind. I cannot blame him [if ever he does that].)

Yap also responded to Doctolero, saying “Hindi ako makapalag (I cannot resist),” which drew some fans to urge him to accept the position. 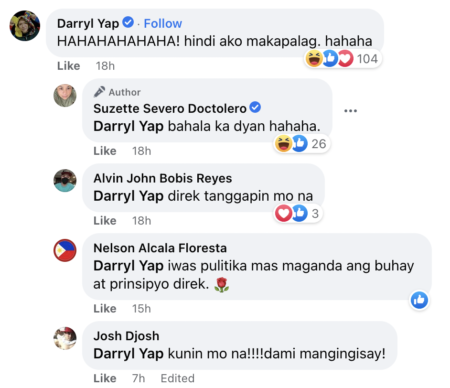 It can be recalled that Yap recently worked with Sen. Imee Marcos, sister of presidential candidate Ferdinand “Bongbong” Marcos Jr., in the “LenLen” series, which was speculated by netizens to be pertaining to Vice President Leni Robredo.

Meanwhile, according to the partial and unofficial count by the Commission on Elections, Bongbong is leading the presidential race with over 31.09 million votes while Robredo has 14.81 million votes, as of writing. JB