Seventeen lands at no. 4 on Billboard 200 chart | Inquirer Entertainment

Seventeen lands at no. 4 on Billboard 200 chart 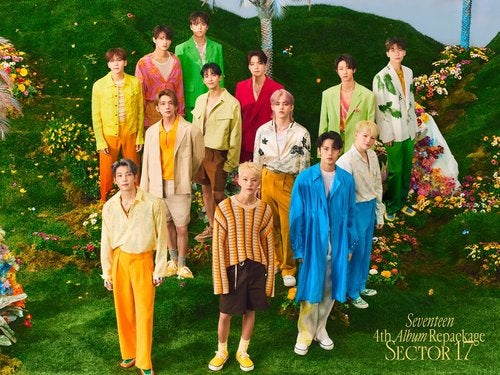 The latest repackage album from Seventeen has come in fourth on the United States’ Billboard 200 albums chart, becoming the band’s highest-charting album.

“Sector 17” was fourth on the Billboard 200, selling 34,000 equivalent album units, Billboard said Sunday (U.S. time) in a preview of the upcoming chart.

The Billboard 200 ranks the most popular albums of the week in the United States, measured by equivalent album units, comprising physical album sales and other digital sales records.

“Sector 17” is now Seventeen’s highest-charting album and second ever to hit the top 10 of the chart. Its fourth studio album, “Face the Sun,” reached seventh on the Billboard 200 in June.

A repackage version of “Face the Sun,” “Sector 17” sold 1.12 million copies in its first week of sales, becoming the band’s seventh million-selling album. Its lead track, “_World,” was no. 1 on iTunes top song charts in 28 countries around the world. (Yonhap)/JB