(Editor’s Note: The author, an independent filmmaker and an Inquirer honoree in 2010, is curator at the 65th Edinburgh International Film Festival (EIFF), ongoing till June 28, for a retrospective of Filipino films titled “Philippine New Wave.” He wrote this essay for the festival catalogue. The EIFF is the United Kingdom’s biggest and most important film festival and the longest running in the world.) 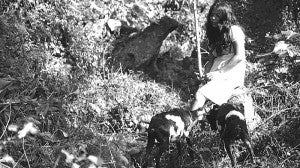 The last couple of years have been nothing short of exciting for Philippine cinema. We see all this energy—mad, contagious, unfettered—and there’s a sense that we’re on the verge of something wondrous, profound even.

Only two other periods in history were as seminal and momentous: The first golden age in local cinema in the 1950s, which produced movies such as Gerardo de Leon’s “48 Oras” (1950) and Lamberto Avellana’s “Kandelerong Pilak” (Cannes, 1954); and the second golden age from the ’70s to the ’80s, when an average of 160 films were released every year, among them masterpieces such as Lino Brocka’s “Jaguar” (Cannes, 1980), Mike de Leon’s “Kisapmata” (Cannes 1982), and Ishmael Bernal’s “Himala” (Berlinale, 1983).

Now we come to this third peaking, the third coming of age of a cinema that defies easy categorization. After more than a decade of near silence, Philippine cinema is once again vibrant, plucky and so wildly diverse, that each filmmaker could be his or her own “new wave.”

On the one hand, there are the lengthy, minimalist, poetic films of Lav Diaz, and on the other, the ostensibly avant-garde and distinctly regional storytelling of young turks like

And the world is paying attention. In the past, the Philippines had very little representation in festivals abroad. At best, a film or two got shown here and there. But since 2005, after the International Film Festival Rotterdam held a Focus on Southeast Asian Cinema section, Filipino films have been consistently on the map of world cinema.

Filipino filmmakers were not only given retrospectives, beginning with mine at Pesaro in 2005, they also reaped honors in major festivals such as Cannes, Berlin and Venice.

The icing on the cake is, of course, Brillante Mendoza’s best director win at Cannes for “Kinatay.”

This period is unprecedented. There has never before been recognition of this magnitude and relentless consistency for Filipino filmmakers, and there has never been this much attention on so many films. Yes, there is a wave—it’s big, it’s audacious, and it has a name: Philippine New Wave. 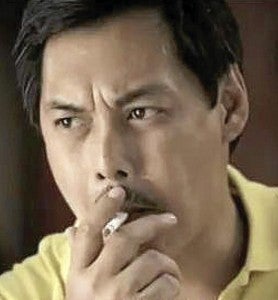 The EIFF Philippine New Wave program this year features 22 filmmakers who embody the visionary punk spirit of this golden age: From stalwart independent veterans of the predigital age to young emerging talents of the digital age, as well as eight of the filmmakers featured in the book “Philippine New Wave: This Is Not A Film Movement.”

And then there’s the late, great Manuel Conde and Lou Salvador, whose classic 1950 film “Genghis Khan” (which screened at EIFF in 1952) will be featured in a special film concert with the no-wave freeform band of filmmakers-musicians, The Brockas.

The 11 shorts in the Philippine short films program span three decades, the earliest works being four films made in the 1980s, when alternative cinema was almost literally an underground collective. All four films are predominantly experimental and were shot on film.

The shorts program then leaps forward into the digital ’90s with recent work by some of the Philippines’ major filmmaking talents.

The feature film program showcases very recent works, highlighting the persistence of vision and the upswing of productivity. Lav Diaz’s “Florentina Hubaldo CTE,” Emerson Reyes’ “MNL 143,” and the final cut of my “Mondomanila” are the newest works here.

As productive as Philippine cinema has become, however, things aren’t as simple as they seem. Getting funding is still difficult, and filmmakers usually have to put up with substantial creative interference in exchange for a little local support.

Distribution remains rickety. Very few films get screened outside the festival circuit; and once a film has premiered, it gets six months to a year of shelf life at the most before it’s considered stale.

Most worrisome of all is the interest from mainstream studios that have long churned out formulaic bric-a-brac. Finally realizing the high profit potential of working with independent filmmakers who can make so much out of very little, mainstream studios such as Regal, Viva and Star Cinema put up their own factories for making a lot of films on the cheap.

In the guise of being a grant-giving body, the studios co-opt anywhere from 10 to 15 films a year, giving independent filmmakers a tenth of the sum these companies usually spend on their productions. By the end of five months, they have enough content to recoup their investment. This arrangement could work, but thanks to the creative control the studio wields over the filmmaker, the films that get made have very little artistic ambition beyond driving foot traffic to the theater.

Just what is going on in Philippine cinema? 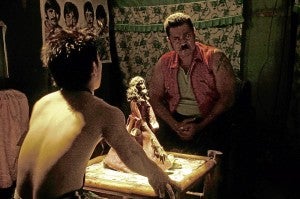 Nothing and everything. There are big films and small films, happy films and sad films; and in between, films that are a little harder to define. There are filmmakers that sprout out of nowhere and disappear just as quickly, and then there are those who have grown roots, deep and strong.

Everything is happening all at once; and it’s strange, confusing and exciting just like everything else in this country.

This, in many ways, is the story of the book “Philippine New Wave.” This is also the philosophical and aesthetic common ground and through-line of the Philippine New Wave programme at EIFF. We have these rebels and gadflies, upstarts and punks, mavericks and tumbleweeds, rebels and filmmakers, rule makers and rule breakers whose collective thrust is curiosity and forward motion—to continue pushing the envelope, drawing lines, and while they do not reject history, they refuse to remain beholden to it, let alone be held hostage.