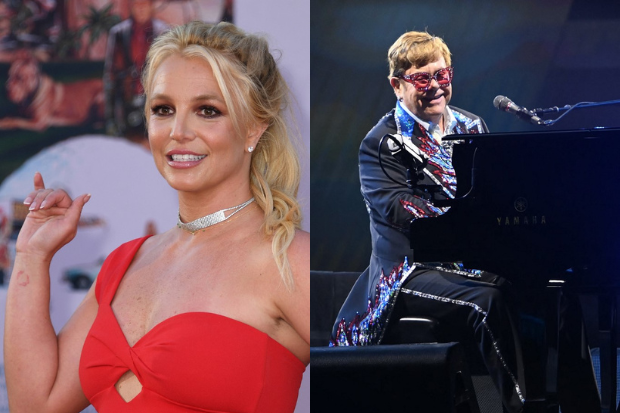 Is Britney Spears making her return to music? After about six years since she last released new tracks, the pop star reportedly was back in a recording studio to meet singer Elton John and create their new rendition of his song “Tiny Dancer.”

Spears secretly met with John at a recording studio in Beverly Hills, California, last week to make their new rendition of the 1970s song, as per an exclusive report by Page Six yesterday, July 25.

“This was Elton’s idea, and Britney is a huge fan. They have recorded a remix of ‘Tiny Dancer’ as a full duet — and it is incredible,” a music industry insider stated in the report.

The insider added that Spears and John had a “super-secret recording session” with music producer Andrew Watt, who has worked with Justin Bieber, Miley Cyrus, Pearl Jam and Ozzy Osbourne.

Spears and John’s new track is said to be released under Universal Music next month. So far, it has been played only to people in the record label. The insider described it as “so good” and “the song of the summer.”

“Britney is officially back. She’s back to work, and she’s super excited,” the insider was quoted as saying.

If the collaboration indeed pushes through, it would mark Spears’ first return to music since her conservatorship was terminated in November last year. It will also be her first music to be released since her 2016 album “Glory,” which featured her hit single “Slumber Party.”

Since her conservatorship ended, Spears tied the knot with model Sam Asghari and hinted that she is ready to return to work.

Last February, she showed herself in a dance studio and said “this is a tease of what’s to come.” She also recorded herself earlier this month singing her 1998 hit “…Baby One More Time” while stating, “I haven’t shared my voice in an extremely long time… maybe too long.”

Meanwhile, “Tiny Dancer” was co-written by John and songwriter Bernie Taupin. It was originally released under John’s album “Madman across the Water.”  /ra