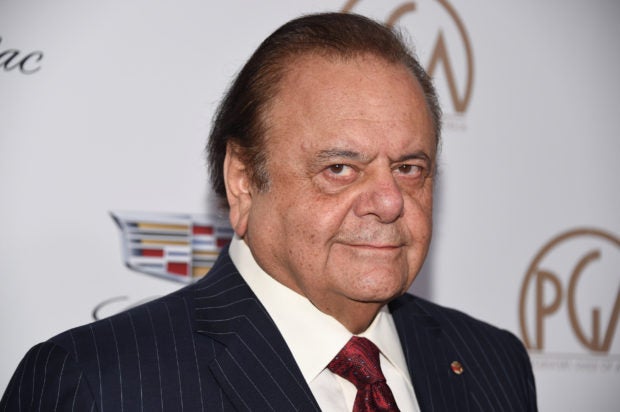 LOS ANGELES — Paul Sorvino, who played the role of gangster Paulie Cicero in classic mob movie “Goodfellas,” has died at the age of 83, a spokesperson for the actor said on Monday.

Sorvino, also known for portraying police sergeant Phil Cerreta on TV series “Law & Order” in the 1990s, worked in film and television and on stage for more than 50 years.

He died at the Mayo Clinic in Jacksonville, Florida, of natural causes, the spokesperson said.

“I am completely devastated. The love of my life & the most wonderful man who has ever lived is gone. I am heartbroken,” his wife, Dee Dee Sorvino, wrote on Twitter.

I am completely devastated
The love of my life & the most wonderful man who has ever lived is gone . I am heartbroken ❤️❤️❤️ pic.twitter.com/0wBSG3uTgD

Born in Brooklyn in 1939, Sorvino studied music and originally wanted to become an opera singer before he turned to acting.

His long career included roles in Broadway play “That Championship Season” and a 1982 film adaptation. Other movie credits included “Dick Tracy,” “Reds” and “Nixon,” in which he played Secretary of State Henry Kissinger.

Martin Scorsese tapped Sorvino at age 50 to play Cicero, a quiet but formidable character based on the real-life mobster Paul Vario, in 1990’s “Goodfellas.”

Sorvino had three children, including actor Mira Sorvino, who thanked her father when she accepted her Academy Award for 1995 film “Mighty Aphrodite.”

“He has taught me everything I know about acting,” she said at the time as he looked on from the audience and broke into tears.

My father the great Paul Sorvino has passed. My heart is rent asunder- a life of love and joy and wisdom with him is over. He was the most wonderful father. I love him so much. I’m sending you love in the stars Dad as you ascend.

On Monday, Mira Sorvino said “my heart is rent asunder” by her father’s death.

“A life of love and joy and wisdom with him is over,” she wrote on Twitter. “He was the most wonderful father. I love him so much. I’m sending you love in the stars Dad as you ascend.” JB