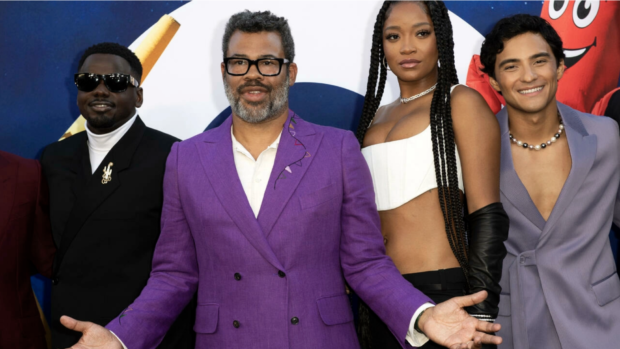 The alien-invasion sci-fi mystery, which features a Black family struggling to make ends meet on their bleached California horse ranch, is the highly-anticipated latest effort by writer and director Jordan Peele, whose 2017 debut “Get Out” earned rave reviews.

“This is an excellent opening for an original horror movie,” said analyst David A. Gross of Franchise Entertainment Research.

The film — which stars Daniel Kaluuya, who stole the show in “Get Out” — managed to bump “Thor: Love and Thunder” to second spot after the superhero blockbuster spent two weeks at number one.

The action comedy starring a muscle-clad, self-parodying Chris Hemsworth as the space viking who finds himself pining for his ex-girlfriend Jane Foster (Natalie Portman), pulled in $22.1 million for the Friday-to-Sunday period, for a worldwide cumulative total of $276 million.

Third spot belonged to “Minions: The Rise of Gru.” The latest goofy installment in Universal’s animated “Despicable Me” franchise took in $17.7 million, for a cumulative total of $298 million.

“Where the Crawdads Sing” also slipped one spot, to fourth. Sony’s adaptation of Delia Owens’ novel about an abandoned girl who grows up in marshland of 1950s and 1960s North Carolina, and at a murder trial years later, looks back on that rough and violent upbringing, earned $10.3 million.

Dropping from fourth to fifth was Paramount’s “Top Gun: Maverick,” the crowd-pleasing sequel to the original 1986 film that once again features Tom Cruise as cocky American Navy test pilot Pete “Maverick” Mitchell. The fighter ace feature, in its ninth week in theaters, has now grossed an eye-popping $635 million worldwide.

Completing the top 10 are: